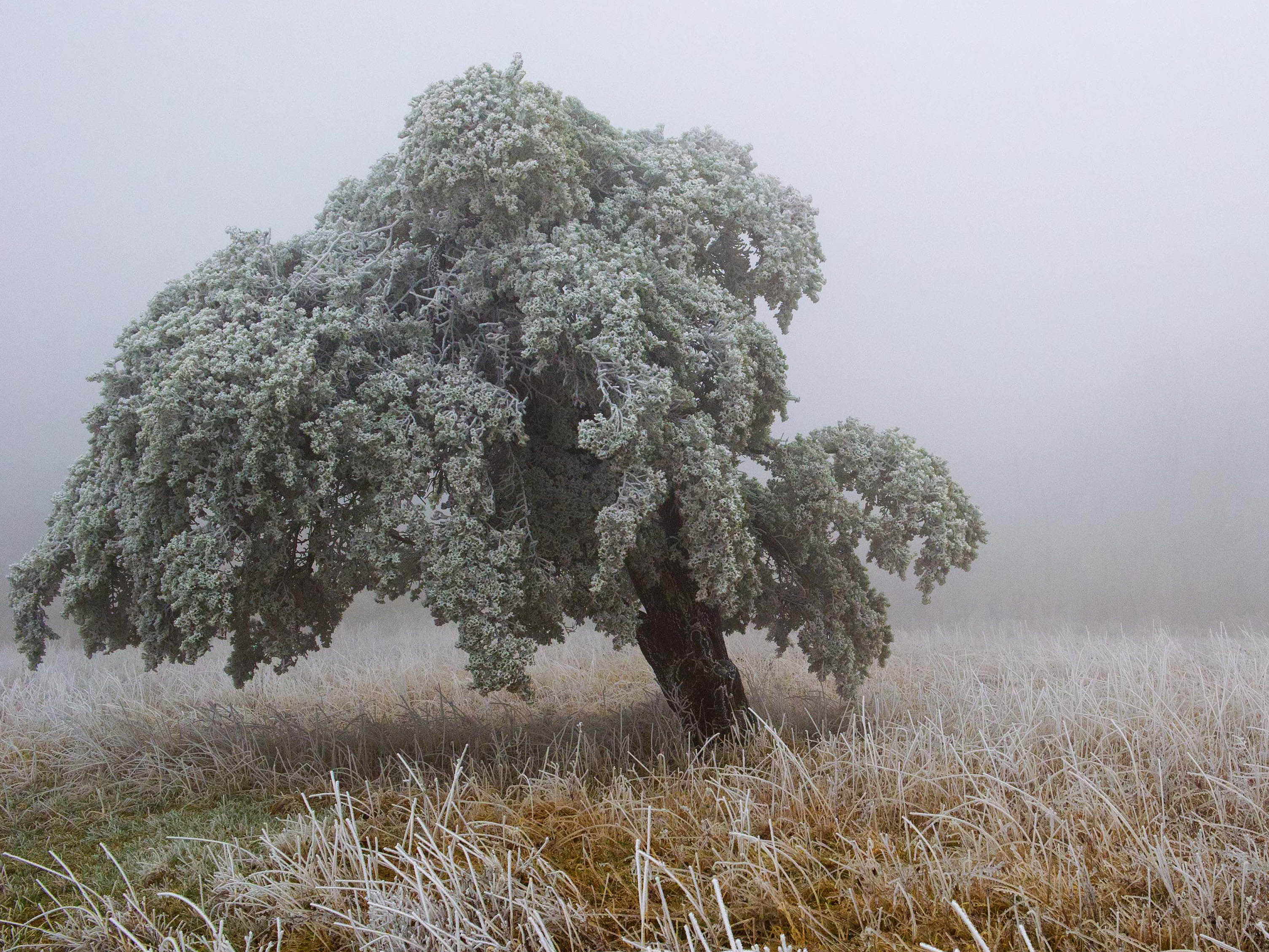 MEMPHIS, Tenn. - A late fall cold snap that has gripped much of the country is being blamed for a handful of deaths and has forced people to deal with frigid temperatures, power outages by the thousands and treacherous roads.

Weather forecasters say the powerful weather system has Virginia and the Mid-Atlantic in its icy sights next.

Temperatures in Montana and South Dakota were more than 20 degrees below zero during the day Saturday while much of the Midwest was in the teens and single digits. Wind chill readings could drop as low as 50 below zero in northwestern Minnesota, weather officials said.

Icy conditions were expected to last through the weekend from Texas to Ohio to Tennessee, and Virginia officials warned residents of a major ice storm likely to take shape Sunday, resulting in power outages and hazards on the roads.

In California, four homeless people died of hypothermia in the San Francisco Bay area this week and about a half-dozen traffic-related deaths were blamed on the weather in several states.

More than 100,000 customers in the Dallas area were without power Saturday, with about 7,000 in Oklahoma and thousands more in other states. Since Thursday, the airlines have cancelled more than 1,000 departing flights from Dallas/Fort Worth International Airport, the airport said. About 3,330 passengers had stayed overnight in the terminals.

Ronique Buckner flew in from South Africa.  She is trying to get to her job on a cruise ship in Florida.

"Bad experience traveling first time in the U.S," she said.

Icy, treacherous sections of Interstate 35 north of Dallas were closed for hours at a time over the last day as tractor-trailers had trouble climbing hills, wrecks occurred and vehicles stalled, authorities said.

Jody Gonzalez, chief of Denton County Emergency Services, said about 200 people were in shelters in the Sanger area after getting stuck on the highway. People in that area of I-35 were driving through ruts in 4-inch-thick ice, he said.

Texas Department of Transportation spokeswoman Michelle Releford said road graders and more sand and salt trucks were being sent to try to ease the ice problems.

"We're sending in everything we've got," said Releford.

The problems go beyond the roads and airports, with ice weighing down trees, one of which crashed into Christina Goodman’s home in McKinney, reports CBS News correspondent Manuel Bojorquez.

"We literally sleep right there like right above us right there so if it had been a few feet over, we would all be at the emergency room right now."

Freezing rain and sleet are likely again Saturday night in Memphis, Nashville and other areas of Tennessee before the storm starts surging northeast.

"It looks like we're going to be stuck with this for one, two, maybe three days," said Memphis attorney Sam Chafetz, who was going home early to enjoy some bourbon-soaked sweet potatoes left over from Thanksgiving.

In Virginia, state Emergency Management spokeswoman Laura Southard said the storm had the potential to be a "historic ice event."

"This forecast is very concerning to us," Southard said Saturday. "I've worked multiple disasters, but I've never worked an ice storm with a forecast like this. It's just really important for everybody to take extra precautions."

The weather forced the cancellation of countless events, including Sunday's Dallas Marathon, which was expected to draw 25,000 runners, some of whom had trained for months, and the St. Jude Marathon in Memphis, expected to include 20,000. However, the football game between Central Florida and Southern Methodist in ice-covered Dallas went on in front of a sparse crowd.

Meanwhile, around 7 inches of snow fell in northeast Arkansas and the Missouri boot heel, according to the National Weather Service in Memphis, and 8 to 9 inches fell in parts of southern Indiana. The storm dumped a foot of snow and more in some areas of Illinois, with police scrambling to respond to dozens of accidents and forced scores of schools to remain closed.

Ice accumulated on trees and power lines in Memphis and the rest of West Tennessee after layers of sleet fell throughout the region Friday but most roads were passable Saturday.

Looking ahead, the National Weather Service says a wind chill advisory is in effect for parts of northeast Arkansas and the Missouri boot heel. Forecasters say wind chill readings between zero and minus-5 degrees may occur. Usually in the area, snowstorms are followed by fairly quick rebounds into warm weather, but not this time.

Ice had built up on the windshields and roofs of parked cars throughout Memphis into Saturday. Law enforcement reported an increase in traffic crashes, and scattered power outages affected more than 3,000 people, emergency and utility officials said.

Residents were told to prepare for a few days without power, prompting them to rush to stores to stock up on groceries, buy electricity generators and gas up their cars. Shelby County Mayor Mark Luttrell reminded residents to check on family and friends who are elderly, disabled or live alone.