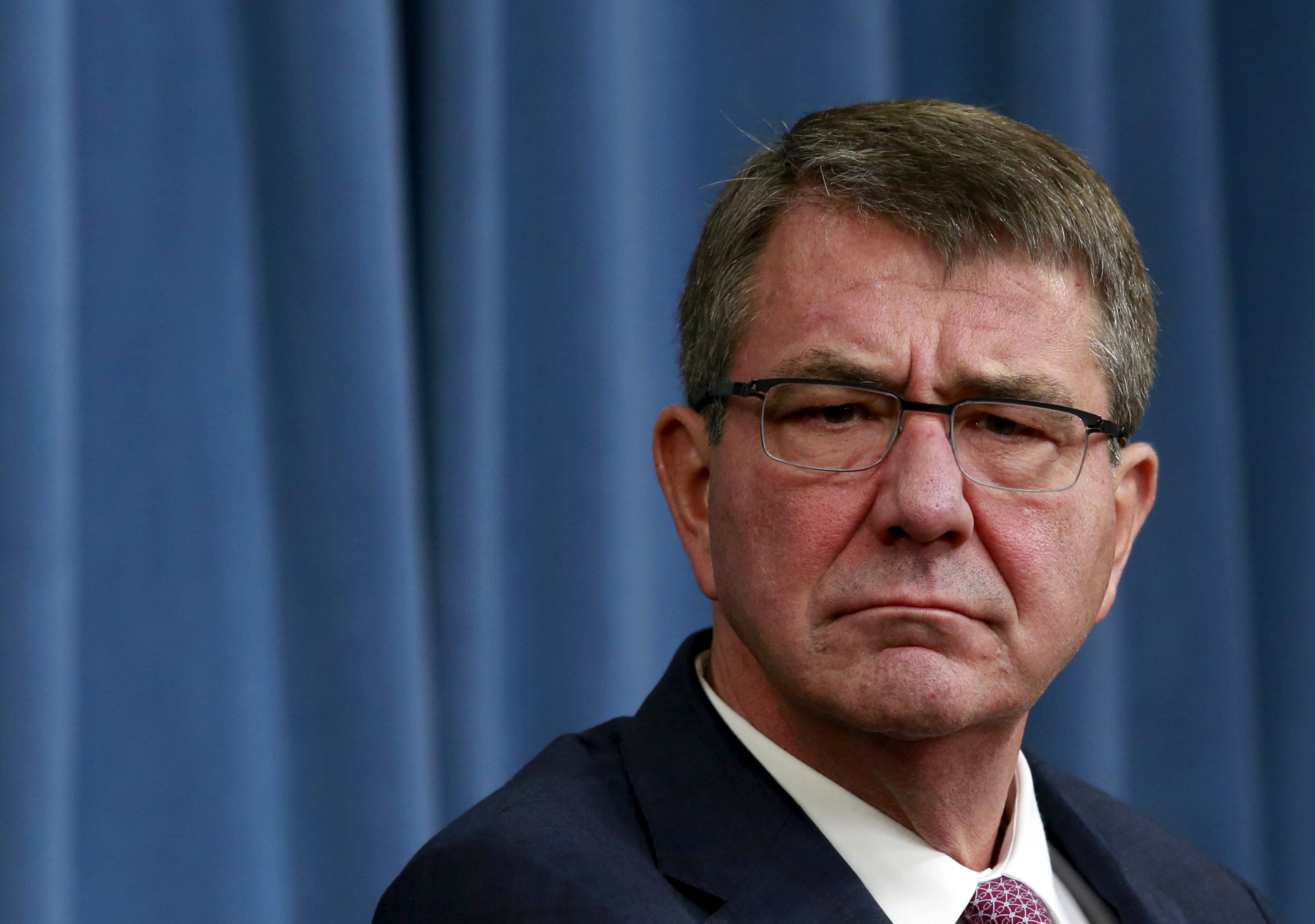 WASHINGTON --Defense Secretary Ash Carter used his personal email account for government business for nearly a year, until December 2015, when news reports revealed the practice, according to hundreds of Carter emails released by the Defense Department.

The 1,336 pages of emails and attachments from Carter's personal account were released late Friday in response to Freedom of Information Act requests by The Associated Press and other news organizations. None contained classified information, and most pertained to routine business such as scheduling and logistics.

The Pentagon has long banned the use of personal email for official business. Carter's use of his personal email account, starting when he took office in February 2015, was especially remarkable given the burst of public criticism that followed disclosures in March that Hillary Clinton had used a private email account exclusively to conduct government business while she was secretary of state.

When the New York Times was first to report Carter's use of a personal email account, on Dec. 17, Carter aides said his actions were a mistake and that he had quit the practice.

Carter told CBS News correspondent Charlie D'Agata in December that he never sent anything classified via his personal account, but that he did "occasionally" send "administrative" emails to his "immediate staff."

"It's a mistake, and it's entirely my own," the secretary told D'Agata, saying that as soon as it became clear to him that the practice was against policy, "I stopped."

He said he generally doesn't use email to communicate much.

Carter conceded to D'Agata that the attention Clinton had received -- which involved multiple grillings by lawmakers on Capitol Hill, was "more reason why I should have been" careful to follow communications protocols, "and that's my fault."

"I have to hold myself to strict standards," he told CBS News, "and I didn't in this case."

The emails released Friday show that while he used the personal account much less frequently starting in about September, he did not halt the practice entirely until December.

In a Nov. 21 email using his personal account he wrote, "My work email isn't working on my iPhone. If you need me this weekend please email me here and cc my work address too."

In what appears to be an auto-response message sent from his personal account on Dec. 18, Carter wrote, "I am no longer utilizing personal e-mail for the remainder of my time as the Secretary of Defense. If you need to get in touch with me regarding a personal matter please contact me on my cell phone. If you are contacting me pertaining to business please contact my Assistant, (redacted by Defense Department)."

He ended the note by writing, "You will not receive ANY additional response to this e-mail."

Pentagon press secretary Peter Cook said in a statement to the AP that the released emails show that none contained classified information. Cook said all of Carter's work-related emails are preserved within the federal records system.