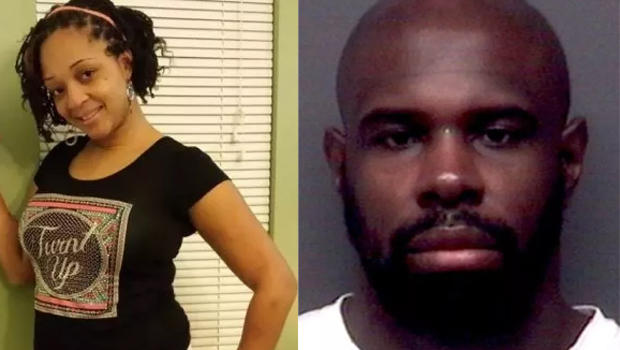 WILMINGTON, Del. - A Delaware man has admitted to killing his wife, missing since 2015, and has led police there to skeletal remains.

Cortez Hamilton was indicted in 2015 for the murder of his 35-year-old wife, Keisha Hamilton, and pleaded guilty to second-degree murder on Jan. 19. As part of the plea deal, Hamilton agreed to help state police locate her body.

Forensic investigators are still working to determine the identity of the remains, which were found close to the family's home south of Smyrna, Delaware, according to the state Justice Department.

Authorities say that Hamilton killed his wife in January 2015 and then fled to Indiana with their two young children, where he was taken into custody by Indiana State Police after a nationwide Amber Alert.

In the weeks following her disappearance in 2015, hundreds of volunteers joined family members to search for the missing mother, CBS Philly reported at the time.

According to court documents, Keisha Hamilton was reported missing by her sister, Janell Foster, who told police that she had received worrisome messages from her the night before. She had also failed to show up for work that morning.

Keisha Hamilton had apparently feared for her safety, and told her sister to call police if anything happened to her.

"My sister had texted me the night before [she disappeared] and told me that if anything happened to her, have the police check Cortez. He was acting strange," Foster told the News Journal at the time.

Foster let state police into the residence shared by the couple, where they "discovered large pools of blood, blood stains, blood spatter, and a large knife," according to the court record.

After apprehending Cortez Hamilton, Indiana state police searched his vehicle and found a bloody hammer and bloody clothing belonging to the missing woman, the document says.

Investigators have not said how Keisha Hamilton died.

A sentencing is scheduled for March 28.