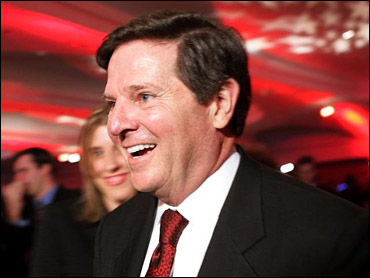 The state's highest criminal court has agreed to hear Republican Congressman Tom DeLay's request for a quick resolution to the money laundering charges that forced him to give up his position as House majority leader, his spokesman said.

DeLay attorney Dick DeGuerin asked the Texas Court of Criminal Appeals Friday either to dismiss the charges against DeLay or order a lower court to try him immediately.

The all-Republican appeals court ruled that both sides have a week to submit arguments, DeLay spokesman Kevin Madden said in an e-mail Tuesday.

DeLay was indicted on money laundering and conspiracy charges in September.

He has been pressing for the court to address the charges quickly because he wants to regain his post before his colleagues call for new leadership elections next month. The case has been on hold while prosecutors appeal a judge's dismissal of some of the charges.