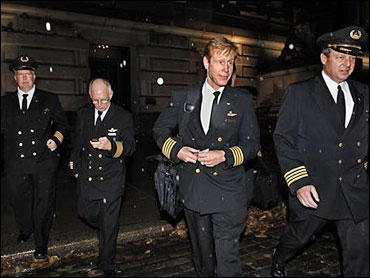 The executive committee of the pilots union at Delta Air Lines Inc. voted unanimously Thursday to ask rank-and-file members to authorize a strike.

The decision came after a day-long closed-door meeting in New York, said Lee Moak, chairman of the executive committee.

"It's my recommendation that the pilot group vote for the strike ballot," Moak said in a telephone interview.

The vote comes as the nation's third-largest airline, which filed for bankruptcy protection in New York on Sept. 14, has asked the court to reject the pilots contract so it can impose $325 million in concessions on its 6,000 pilots, which would include a 19 percent pay cut.

Delta lawyers have asserted in court that the company believes it could impose new contract terms on its pilots starting next Friday even if the judge doesn't rule on Delta's contract rejection request by then. It's not clear what Delta's position would be if the judge extends the hearings beyond that date.

The pilots, who are represented by the Air Line Pilots Association, initially offered $90.7 million in average annual concessions over four years. They have since reviewed their proposal and now value it at $150 million, which would include a 9 percent pay cut for seven months followed by lower cuts thereafter.

The cuts would be on top of $1 billion in annual concessions the pilots agreed to last year.

A successful strike authorization would allow the union to call a strike without having to come before the rank-and-file again. The process calls for balloting to occur over 15 days. Ballots will be sent out in the next several days, Moak said.

"We remain committed to a consensual agreement, but we just have seen no movement," Moak said. "At this moment, management has refused to negotiate. They are still at $325 million."

The airline has said a strike by its pilots would put the company out of business. It believes a strike would violate the Railway Labor Act. The union has argued that if its contract is thrown out by the court, it would be allowed to strike.

On Wednesday, a pilots union spokesman said Delta pilots may consider a vote to strike if the bankrupt airline's managers impose changes on their contract.

"It is our contention that if they start imposing their terms we will start defending the contract," ALPA spokesman John Culp told The Associated Press. "If we hit Dec. 16 and they stick to their plan to start imposing conditions ... we'll consider any and all legal options."

Delta spokeswoman Chris Kelly said Wednesday the airline would consider extending the Dec. 16 deadline "if we felt a consensual agreement could be reached."

"Our strong preference is to negotiate in good faith and reach a consensual agreement," she said.

Wednesday was the ninth day of hearings focused on the airline's motion to dismiss its current contract with its pilots. So far, the hearings have focused on testimony from Delta executives and a Wall Street investment banker advising the airline.

Bankruptcy law provides that a debtor can impose changes to a contract 30 days after making a request in court. Delta made such a request for contract changes in mid-November.

The Delta pilot union's master executive council — 13 union representatives throughout the country — met on Thursday. Culp said the union pilot representatives may consider giving the union's chairman the ability to call for a strike ballot. It could take weeks from the launch of a ballot to a strike vote tally, said Culp.