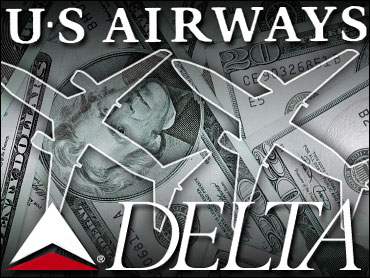 Delta Air Lines Inc. filed a reorganization plan with the bankruptcy court Tuesday that calls for it to emerge from Chapter 11 in the spring of 2007 as a standalone company. It also said that its board has formally rejected US Airways' $8.4 billion hostile bid to buy Delta and create the nation's largest airline.

The Atlanta-based carrier outlined a five-year business plan, and said that its advisers have determined that a reorganized Delta will have a consolidated equity value of roughly $9.4 billion to $12 billion. It said the plan would result in a recovery by Delta's unsecured creditors of roughly 63 percent to 80 percent of their allowed claims.

Delta's existing stock would be wiped out under the plan and creditors generally will receive distributions of new Delta common stock to settle their claims.

Delta also said Tuesday that its board has unanimously rejected US Airways' unsolicited offer, which was first disclosed Nov. 15.

"The board concluded that Delta's standalone plan will provide the company's creditors with superior value and greater certainty on a much faster timetable than the US Airways proposal," Delta said in a statement.

There was no immediate comment by Tempe, Ariz.-based US Airways, but an official with knowledge of that company's plans who spoke on condition of anonymity because of the sensitivity of the talks said Monday that US Airways was willing to increase its offer for Delta if Delta could justify it is worth more.

But Delta said Tuesday that as far as it is concerned it believes flying solo is the best proposal for everyone involved.

Delta said it believes the US Airways deal is not likely to gain regulatory approval. It also cited as obstacles: overwhelming labor issues and "flawed economic assumptions."

Ultimately, it will be the unsecured creditors committee in the bankruptcy case that will play the decisive role. The committee has not said whether it will support Delta's plan, US Airways' plan or any other offer to buy Delta that may come in.

Delta's chief financial officer, Ed Bastian, said in a conference call with a small group of reporters Tuesday that Delta so far has not received buyout bids from any airline other than US Airways. He also said that Delta has "not been approached about any other merger proposals."

Bastian said Delta showed its reorganization plan to its creditors committee last week. He would not say how creditors specifically reacted, but he said he believes the committee will ultimately support Delta's plan.

"I believe the creditors will at the right speed support the plan," Bastian said.

Delta said US Airways continues to experience significant integration problems and has not completed its prior, smaller merger with America West. It believes US Airways is not equipped to simultaneously integrate a substantially larger company like Delta.

Delta said its business plan projects, among other things, a 50 percent reduction in net long-term debt and a return to profitability in 2007 and an increase in net income, after profit-sharing, from roughly $500 million next year to roughly $1.2 billion in 2010.

Delta filed for Chapter 11 in New York in September 2005.

Delta said its reorganization plan calls for rolling its bankruptcy financing of $2.1 billion into a new package that would go into effect when it emerges from Chapter 11, and it said it has received several proposals with competitive terms to help it do that.

Bastian said Tuesday that Delta was not disclosing the exact distribution method of resolving claims in the bankruptcy case. For now, he said Delta was proposing a stock distribution in the new company, but has not determined yet how much if any cash to distribute to creditors.

US Airways' offer included $4 billion in cash and 78.5 million shares of US Airways stock.