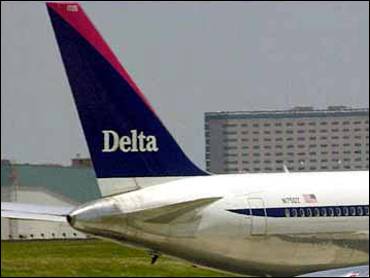 Delta Air Lines announced Wednesday that it will create a new low fare airline in a bid to lure budget-minded travelers from its lower-cost rivals.

The new airline, which will be named in February, will be launched in the spring of 2003 with non-stop service between Florida and the Northeast. The cities will include Boston, New York, Orlando and Fort Lauderdale initially. Other cities will be added later. Company officials said most one-way fares will be between $79 and $299.

The airline, which has an initial startup budget of $75 million and have a cost structure below the company's regular operation, is aimed at curbing passenger losses to carriers such as AirTran Airways, JetBlue Airways and Southwest Airlines. Costs at all three carriers are far below those at Atlanta-based Delta, which is the least-unionized of the major U.S. airlines.

Delta, the nation's third-largest airline and the most dominant in the Southeast, also faces intense competition from all three carriers for the heavily traveled Florida leisure market.

"We have previously noted that low-fare carriers represent a real threat," said Leo F. Mullin, Delta's chairman and chief executive. "Delta intends, through the actions announced today, to meet the low-fare carriers head on — first, to halt their progress and then to regain competitive share."

Former Midway Airlines chief John Selvaggio, who was named in August to lead Delta's low-fare strategy, will become president of the discount airline.

The all-coach-class airline, which will be a wholly owned subsidiary of Delta, will fly a fleet of 36 Boeing 757s. Delta has more than 120 757s in its fleet and will transfer 36 of them from its hubs in Salt Lake City, Dallas and Cincinnati.

Selvaggio said currently the 757s have between 180 and 184 seats, including first-class. The 36 planes would be reconfigured to seat 199 people without first- or business-class sections.

He said the planes are larger than any flown by the smaller rivals and that would help Delta reduce its per-seat costs, better emulating the discount carriers.

"Our research shows that more than 70 percent of customers make their purchase decision almost exclusively on price," Delta president Frederick W. Reid said. "In response, we're making aggressive changes to allow us to better respond to our price-driven customers."

Karen Miller, a spokeswoman for the Air Line Pilots Association, which represents Delta pilots, said the carrier has not approached it about seeking a new contract for pilots who work at the new airline.