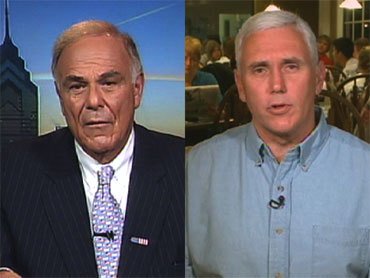 At the end of a long, contentious and blisteringly negative election campaign, there was a call to end partisanship in Washington regardless of the results of today's midterm election.

But when asked what the message being sent by American voters will turn out to be, and how the political parties will respond to it, Republican and Democratic spokesmen were divided.

Appearing on CBS' The Early Show" this morning, Gov. Ed Rendell, D-Pa., said that the big lesson for both parties is "the American people want them to forget about politics and forget about partisanship, and for the next year call a time-out from all this bull, and try to get real things accomplished for the country.

"The country's got real problems and they want real answers, and not politics," he said.

Republican Congressman Mike Pence of Indiana said that, after years of federal spending, borrowing, deficit and takeovers - "Frankly, by both political parties," he noted - today's vote was a sign of the American people reasserting themselves into the political process and reminding the political class in Washington, D.C. that "they're in charge.

"I really do believe that we're on the verge of a real American renewal," Pence told anchor Harry Smith. "Whatever happens tonight, it's going to be a victory for the American people, more than any particular political party.

But Pence said he differed with Rendell about the notion of gridlock and what people expect from leaders in Washington: "I don't think today is going to be about the American people saying they want Washington to get more done; I think there's a lot they want to get undone in Washington, D.C.

"I think there's a lot of change in direction - back to fiscal responsibility, personal responsibility, basically demanding that we have a government in Washington, D.C. that reflects the character and the decency and the sacrifice and the very nature of the American people more than it has in recent years."

When asked what lesson Democrats should take away this year, Rendell said, "We've got to learn to explain and communicate what we've done and what we want to do a lot more clearly and a lot better than we have.

"I think expectations were unreasonably high for Barack Obama. He took over the presidency, Harry, facing the worst set of problems not of his own making that any American president has faced in the last 50 years. The problems were created by, really, failed policies over the previous eight years, and he can't turn them around automatically - 750,000 jobs were being lost per month when he took over.

"Last month, we gained 60,000 private sector jobs. That's a pretty good turnaround when you look at it in those terms," Rendell said. Also, "We should look at things that do produce jobs, like investing more money in our nation's infrastructure. Hundreds of thousands of well-paying jobs, Harry, on construction sites and back in American factories. We've got to do something for American manufacturing.

"But most of all we've got to start doing it together and end all of this bull."

Smith wondered how the GOP will live up to voters' expectations if the party is handed the keys to the House. "People remember this from two years ago: if there is not performance on the end of that, then there will be change, again, down the road. How do you fulfill the promise?" Smith asked Pence.

"Well, let me say, I think, you know, I think that emotion, though, is largely driven by the fact that the people are scared," Pence said. "I mean, I think they look at a second year in a row of more than a trillion-dollar deficit, they look at an era of bailouts and a government takeover of health care."

Would Republicans, whose leaders advocated obstructing Democrats in Congress, work with the other party after the election?

"You bet," Pence replied. "We're going to roll our sleeves up and work with everyone - including my friend Gov. Rendell - who's willing to rein in federal spending and let the American people keep more of what they earn." 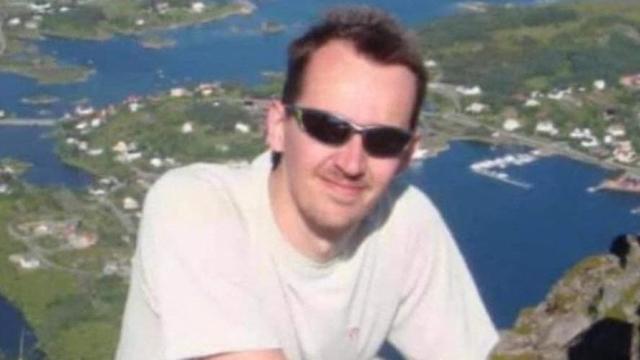 Samuel Paty​ was murdered in the street outside his school, sparking outrage and rallies supporting freedom of expression in France. 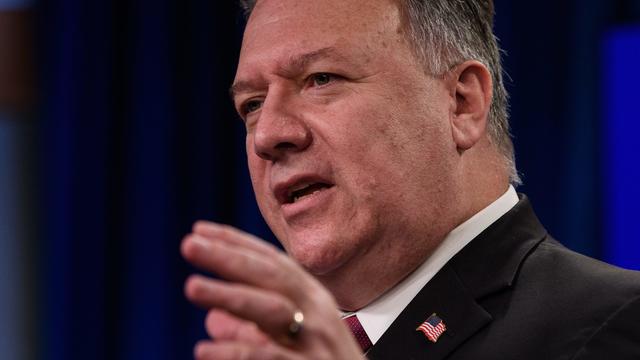 Pompeo delivered his speech to the Republican National Convention from a hotel in Jerusalem, where he was visiting as part of a multi-day swing through the Middle East and Africa.