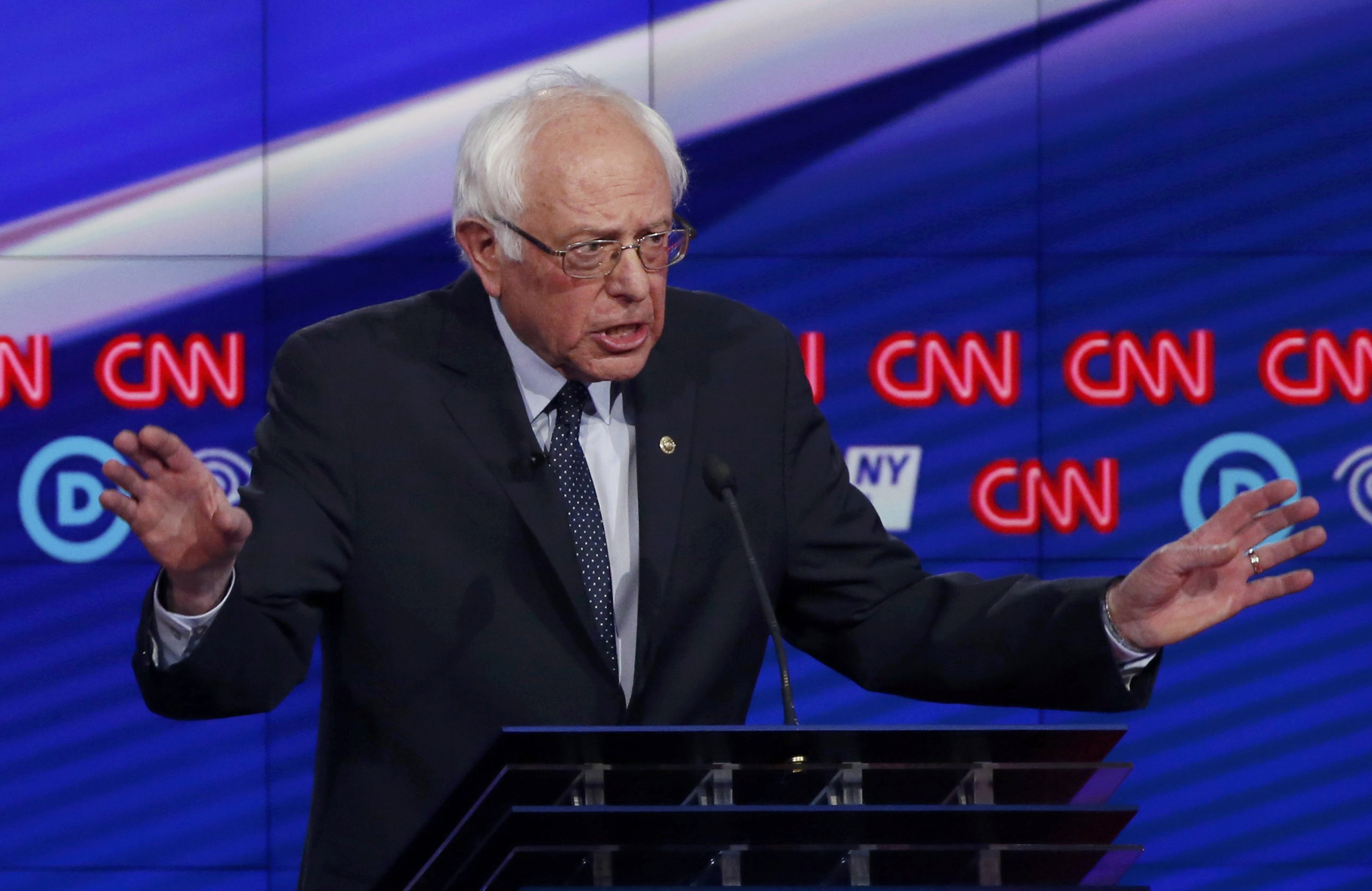 Vermont Sen. Bernie Sanders was the most-searched and most-followed candidate out of Thursday night's Democratic debate in Brooklyn.

According to statistics from Google Elections, Sanders accounted for 65 percent of the search traffic in New York surrounding the debate, compared with just 35 percent for former Secretary of State Hillary Clinton. And he wasn't just popular in New York:

On Twitter, Sanders saw the most follower growth of any 2016 candidate during the debate, according to statistics from the social media company's Government account. (GOP front-runner Donald Trump was second, followed by Clinton in third.) Still, Twitter noted that Clinton was the topic of 53 percent of the #DemDebate conversation on the social network, compared with 47 percent for Sanders.

In the state, which holds its primary on April 19, the top questions about Clinton on Google largely pertained to her status in the race: Google users asked, "How many delegates does Hillary Clinton have?" and "How many states has Hillary won?" (Interestingly, the fifth most-searched question about Clinton was, "How tall is Hillary Clinton?")

For Sanders, top searches dealt with his rallies: "How long are Bernie Sanders' rallies?" and "Where will Bernie Sanders speak next?" were the top two. Users also asked whether Sanders will win New York, how many states he's won, and why he is "unelectable."