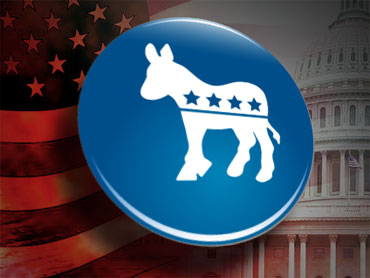 Routed at the polls, House Democrats said Thursday they borrowed millions of dollars late in the campaign in a successful attempt to prevail in 15 or more competitive races.

In a postelection memo to the party's rank and file, Rep. Chris Van Hollen, D-Md., said moves by the Democratic Congressional Campaign Committee in the final few weeks before the election had helped incumbent lawmakers win new terms in close races in Indiana, North Carolina, Georgia, California and elsewhere.

The memo did not address financial matters, but officials said the campaign organization ended the year owing $17 million on a line of credit.

It is common for major party political committees to borrow money and also to leave some bills unpaid at the end of a campaign, and the size of the DCCC's total debt was not known. Paying it off represents a major challenge for party leaders as they begin turning their attention to the 2012 elections.

Republicans have gained 62 seats this fall, with a handful of races yet to be called. They will take control of the House in January, ending a four-year period of Democratic control.

Republicans have said privately they lost at least some races this fall after Democrats made strategic adjustments.

Democrats have so far declined to provide many details of their maneuvering, although it became evident in the campaign's final weeks that they cut off money for television ads for some candidates whose chances appeared doomed and shifted money into races that had unexpectedly become competitive.

"These decisions allowed us to support 26 (incumbents) with more than $10 million...in races that were targeted by outside groups late in the cycle," wrote Van Hollen, the outgoing chairman of the DCCC.

He said over the past two years, the organization spent $82 million to support 107 Democratic candidates.