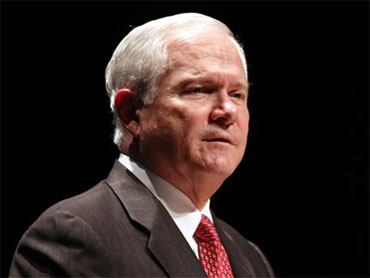 Despite top Democrats' professed desire to repeal the military's "Don't Ask, Don't Tell policy during the lame-duck Congressional session, insiders are skeptical about the chances of repeal before the end of the year. The reason, they say, is both a lack of time and a lack of Republican cooperation.

President Obama, Defense Secretary Robert Gates and Chairman of Joint Chiefs of Staff Admiral Mike Mullen are urging repeal of the policy, which bans gays from serving openly in the military. Yet Senate staffers say Democrats may not have enough support to get a Defense Authorization bill that includes repeal through Congress - particularly in light of the heavy losses Democrats sustained in the midterm elections.

Some believe the only way to get the Department of Defense Authorization bill through Congress by the end of the year is to take out 'Don't Ask, Don't Tell' - along with anything else that might get held up due to partisan bickering.

"There are negotiations to strip the [bill] of all controversial amendments, including the DADT repeal amendment, because we don't have the floor time for an open amendment process," a Senate aide told Nolen.

Arizona Senator John McCain, who once signaled openness to eliminating the "don't ask, don't tell" policy if top commanders said it should be done away with, is in discussions regarding the bill. Yet McCain spokesperson Brooke Buchanan said that "the Senator remains opposed to the provision repealing the 'Don't Ask, Don't Tell,' law."

Jim Manley, a spokesperson for Senate Minority Leader Harry Reid, told Nolen that it is "unfortunate that Senator McCain -- who previously expressed support for the repeal of this law -- and other Senate Republicans are ignoring the advice of our military leaders to reverse this discriminatory policy." He added that Reid would continue to work toward passing the repeal this year.

"The Senator needs Republicans to at least agree to have a debate on this issue -- a debate he firmly believes the Senate should have," Manley said.

In a September 21st vote, Republicans used a filibuster to block Democrats from debating the issue on the Senate floor. They had 56 votes to move forward, four short of what they needed to overcome the filibuster.

A Democratic aide said that the two priorities for the lame-duck Congress are dealing with the expiring Bush-era tax cuts and passing an omnibus spending bill - adding that "the rest depends on what if any Republican cooperation we get."