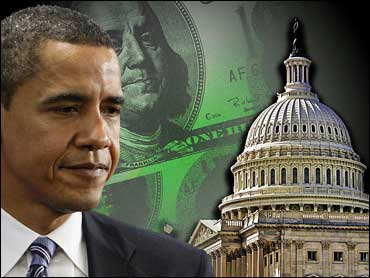 As Democrats review their losses this week and Republicans analyze their wins -- and potentially their missed opportunities -- one thing is certain: both sides will do plenty of soul searching as to what went right or wrong as they try to reshape the game for 2012.

Many pundits will point to the health care reform bill, the stimulus or the cap-and-trade energy policy as where things went wrong for the Democrats. There is a counter argument, however, that the seeds of this election were sewn not in 2009, but in the spring of 2008 with the economic collapse that began with the fall of AIG and Lehman Brothers. The ensuing debate, over the role of government in trying to rescue the economy, laid the groundwork for the battle over the stimulus and subsequently, the negative opinion most voters have of President Obama's and the Democrats' handling of the economy.

There's no question that the Wall Street meltdown led to one of the deepest recessions in our nation's history, but it did more than that -- it revealed a deep chasm in opinion within American society over the role of government in the economy, the ability of government to understand the nation's problems, and the ability of elected officials to understand the complexities of the economic system. Washington's failure to explain -- or to understand -- the complex relationship between Wall Street and the Main Street economy made those who were trampled by the recession angrier as the banks received bailouts.

When the House of Representatives was first asked to pass the Bush administration's $700 billion bank bailout program in the fall of 2008, a majority of members, 228, voted against the bill. As the vote went down, so did the stock market, dropping 778 points that day. The Bush administration saw the need to inject large sums of cash immediately into the economy, though they didn't know exactly where or how to spend it. Congress balked because many didn't know what the problem was, and there was serious thought that government should not be in the business of bailing out the banks.

So how does that get us to where we are now? That vote was the first sign that there would be strong popular opposition to anything government would try to do to rescue failed institutions.

Mr. Obama's first major action as president was to push the stimulus project. "Immediately after I become president, I will confront this economic crisis head-on," he said in a November 7, 2008 press conference. "I want to see a stimulus package sooner rather than later... If it does not get done in the lame-duck session, it will be the first thing I get done as president of the United States," he said.

Even though most analysts credit the stimulus with creating or saving 2.5 million to 3 million jobs, the White House made a major tactical mistake by promising that the bill would curb the growing unemployment rate at 8 percent. The White House set expectations too high for the success of the stimulus and gave people a way to measure it. This fall's 9.6 percent unemployment rate gave millions a clear way to evaluate the bill's perceived failure. Some would argue that neither the White House nor the Republican opposition really knew how serious the problem was.

From the outset, House Republicans opposed the plan and stuck together on a pledge that the stimulus wasn't worth it. They ignored calls for bipartisanship -- and the hundreds of billions in tax cuts included in the bill.

Mr. Obama needed their help, not to pass the bill -- the Democrats had a wide majority in the House -- but to instill a sense of confidence in the economy. But what the Republicans did so well in 2009 was to capitalize on the misgivings of many Americans about the economy to hammer the administration.

In today's USA Today, House Minority Leader John Boehner summed up the Republican argument this way: "Where are the jobs? It's the question Americans are still asking more than 20 months after President Obama signed the 'stimulus' amid promises it would create jobs 'immediately' and keep unemployment below 8 percent. Instead, millions more have lost their jobs, and unemployment has topped 9.5 percent for 14 months in a row, the longest such stretch since the Great Depression."

The difference between Boehner and Mr. Obama's take on the last 14 months is that Mr. Obama tells nearly every audience he speaks to that when he came into office, the economy was losing hundreds of thousands of jobs a month. Since then, he says, there has been steady, albeit timid, private sector job growth for many months on end.

So the election is about the economy. On the one hand, you have Democrats who came into office trying to fix a problem, and on the other, you have Republicans who fought tooth-and-nail to prevent the Democrats from getting credit for doing it.

Now the seeds of discontent are about to sprout a Republican wave in the midterm election. However, voters and lawmakers remain conflicted over whether the government did too much or too little in response to the recession. While many question the role of government to be the lender of last resort and put taxpayer dollars on the line to rescue failed banks, others think the only question was how many billions of tax dollars were needed to jumpstart the economy.

The White House wanted the stimulus to inspire bipartisan cooperation, in order to create economic confidence among the American people. Instead, what they got was a bitter dispute that left the American people angry, upset, and confused. Politicians and voters alike have been unable to coalesce around a plan to solve the economic problems that started in 2008 -- problems that have led to a bitterly divisive election and one that won't necessarily end with policies that will solve the nation's problems.