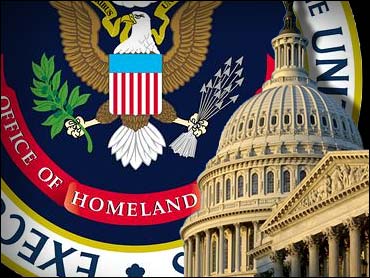 Nearly three years after it was created, the Homeland Security Department hasn't kept 33 of its promises to better protect the country, according to House Democrats overseeing the agency.

A report released Tuesday by 13 members of the House Homeland Security Committee says that gaps still remain in federal efforts to defend the nation against terrorism — including at ports, borders and chemicals plants.

The department also fails to share alerts and other intelligence quickly with state and local officials, according to the Democrats' report, which analyzes public statements and congressional testimony that outline Bush administration security goals since 2002.

"It's our job in Congress to hold the Department of Homeland Security accountable for the work that it does and doesn't do," Rep. Bennie G. Thompson of Mississippi, the committee's top Democrat, said in a statement accompanying the report.

"It would be one thing if the department didn't identify security lapses in the first place, but a more troubling situation when they make promises to the American people and then leave them unfulfilled," Thompson said.

"As we secure and shut down vulnerabilities, we know that terrorists will seek new ways to carry out their agenda," Knocke said. "Rather than looking backward at yesterday's threats, we are building upon what we have already accomplished to meet evolving threats."

The Homeland Security Department officially opened its doors in March 2003. It was created in response to the Sept. 11, 2001, terror attacks to bolster protections of potential domestic targets.

Since then, according to the report, the department has failed to: