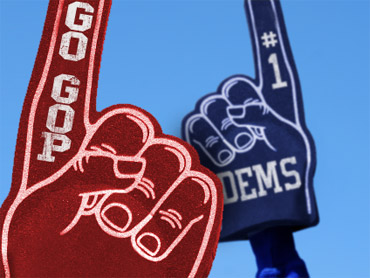 When it comes to the 2010 money race, Democrats and Republicans are neck and neck. CBS News added up the latest figures with the help of researchers from the Center for Responsive Politics.

Here's what we found:

How does it all compare historically? This is already a record for midterm elections, and the money spent is expected to approach or surpass $4 billion.