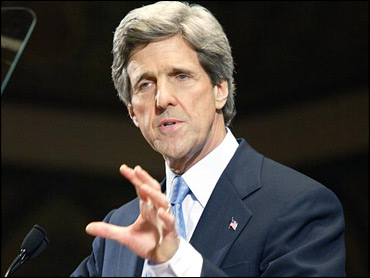 Sen. John Kerry's presidential campaign questioned Democratic rival Howard Dean's capacity to lead the U.S. military in a sign of the escalating tension in the party's primary race for the White House.

Kerry spokesman Chris Lehane issued a statement in response to Dean's comments in an article posted Monday on Time.com. "We have to take a different approach" to diplomacy," the former Vermont governor was quoted as saying during a campaign stop in New Hampshire. "We won't always have the strongest military."

"Howard Dean's stated belief that the United States won't always have the strongest military raises serious questions about his capacity to serve as commander in chief," Lehane said. "No serious candidate for the presidency has ever before suggested that he would compromise or tolerate an erosion of America's military supremacy."

Calls to Dean's campaign for comment were not immediately returned.

Until now, most of the Democrats seeking the presidential nomination have generally avoided criticizing one another by name on the campaign trail. Dean has been the exception, singling out Kerry for what he called an unclear position on the Iraq war. The Massachusetts lawmaker refused to respond to Dean on that issue.

Dean also criticized Rep. Dick Gephardt's proposal last week to provide health insurance for every American as "pie in the sky," and attacked the former Democratic House leader for what he called 25 years of inaction on heath care in Congress. He also attacked Gephardt for not being more aggressive in rolling back President Bush's first tax cut.

Polls from New Hampshire show Kerry and Dean in a tight race in that early primary state, which borders their home states. Kerry, who is considered an early front-runner in the Democratic primary, had a strong lead in New Hampshire until recent weeks when Dean closed the gap while campaigning as an outspoken opponent of the U.S.-led war against Iraq.