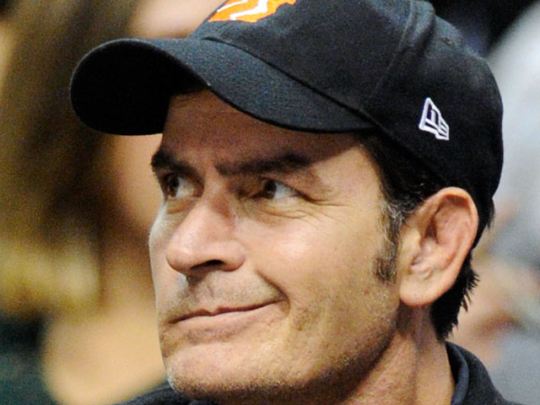 At the end of a week of new Charlie Sheen exploits comes his ex-wife Denise Richards' take on his behavior.

In an appearance on "The View" airing Friday, Richards, after some prodding from Barbara Walters, said Sheen's behavior doesn't surprise her.

"This is Charlie's lifestyle," said Richards. "He makes no bones about it and it is what it is."

Walters asked what Richards tells their children, who are 6 and 5.

"What can you say?" said Richards. "This is not a new situation. There are times where his life is more colorful than others and more public than others and as the kids get older it's a difficult thing."

Richards didn't say she tells their kids outright that Sheen is an addict but she did say there is a book available - she forgot the name - that explains addiction to children in language that they can understand.

"I don't know what they fully comprehend from these conversations," said Richards. "They don't know what some of these things are. So I do the best I can and it's not easy."

On Monday, Sheen told radio host Dan Patrick in a phone interview that he was ready to get back to work, saying, "I'm here and I'm ready. They're not. Bring it. You know?"

Watch the video at RadarOnline.