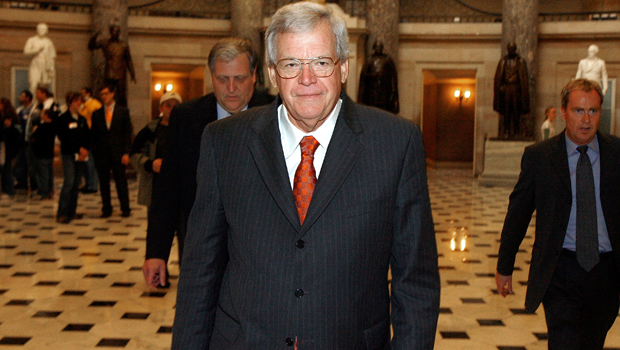 The misconduct that former House Speaker Dennis Hastert committed more than 40 years ago, leading to his prosecution on banking charges, was not necessarily sexual in nature, his lawyers claimed in newly-unsealed court documents.

Back in October, the 73-year-old Republican pleaded guilty to evading bank laws. Hastert agreed to pay $3.5 million to someone, only identified in court as "Individual A," in an effort to conceal Hastert's prior misconduct.

Law enforcement sources told CBS News last year that the misconduct mentioned in court documents refers to sexual misconduct allegations involving a young man that date back decades. From 1965-1981, Hastert was a popular teacher and wrestling coach in Yorkville, Illinois.

The incident with Individual A "remains ambiguous," Hastert's attorneys wrote. The noted in his interviews last year with federal officials, Individual A "stated that he was 'not sure if [Dennis] touched [Individual A's] genitals or brushed his genitals.' While undoubtedly many would consider this episode as described by [Individual A], consisting of a groin rub for a groin pull and a massage, to be misconduct, we are not so certain that the incident qualifies as sexual misconduct, especially for a coach and trainer forty-two years ago."

The attorneys added, "Regardless of the characterization, Dennis deeply regrets that the episode occurred."

An alleged sex abuse victim of Hastert's is expected to testify at the former speaker's April 27 sentencing hearing.

In response to his sentencing recommendation, Hastert's lawyers also argue in the newly-released document that none of the statements Hastert made to federal investigators obstructed their investigation into his banking violations.

"The government had already concluded that Mr. Hastert violated the structuring laws at the time of the interview," the argue.

Citing his failing health and overwhelming feeling of guilt, Hastert's lawyers have requested that he only be sentenced to probation.