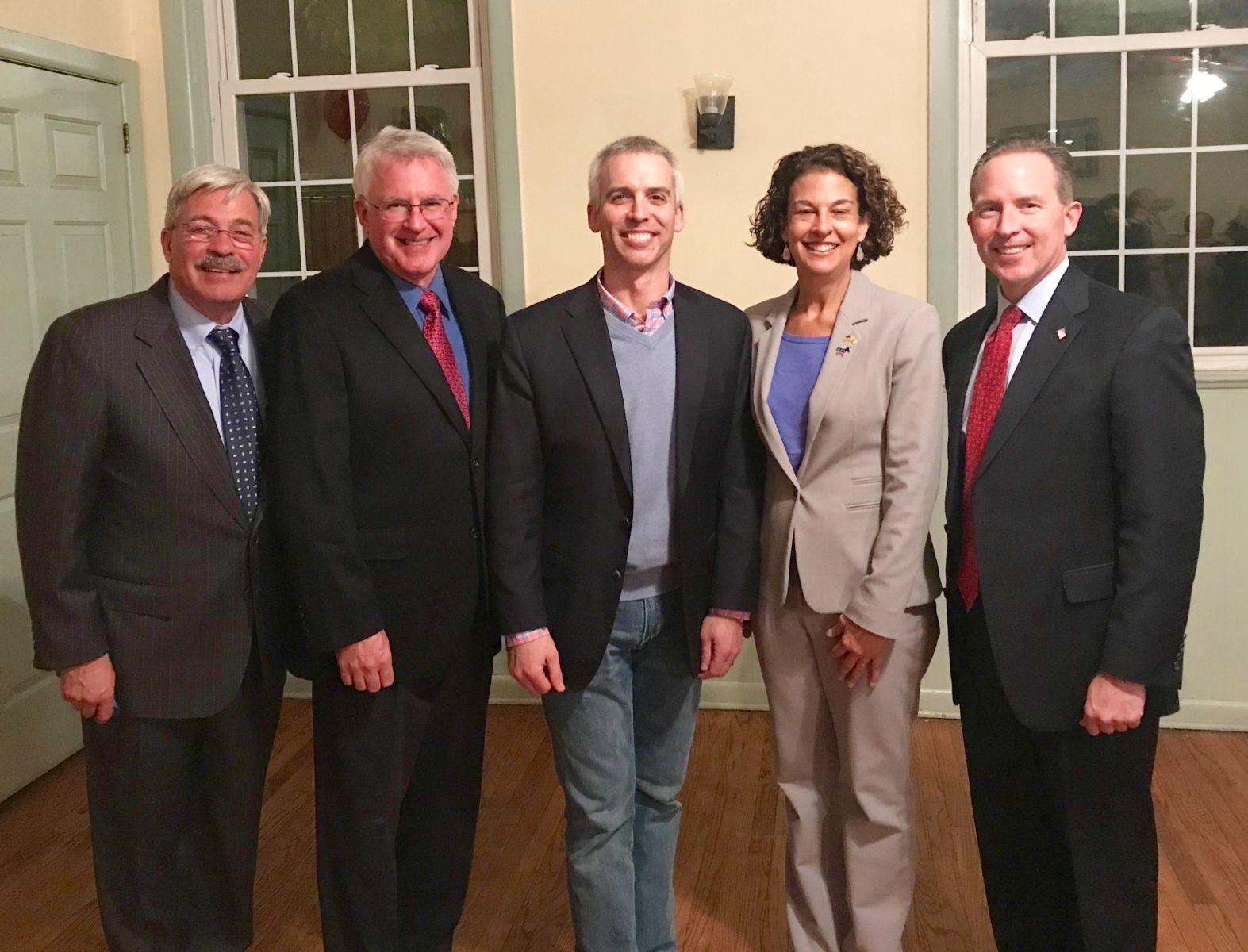 He said his post, which compared immigrants to "rabid, messy, mean raccoons," was copied from a friend. The post also described President Donald Trump as a "bit of an ass" but said he may be the only one "who seems to understand what people want."

"This country is weak, bankrupt, and our enemies are making fun of us," the post read. "We are being invaded by illegals, we are becoming a nation of victims where every Tom, Ricardo and Hasid is a special group with special rights to the point where we don't recognize the country we were born and raised in."

Blood deleted the post Sunday and wrote an apology.

Blood said at the beginning of Monday's Township Committee meeting that he did not intend to resign, but was met with opposition from angry residents. He apologized again, saying his "bonehead" decision to post the rant had put the committee in a difficult position.

The committee discussed the matter in a closed session after urging from the body's lone Democrat, Amalia Duarte, who defeated Blood in the 2017 election. Blood was later appointed to fill a vacant committee seat and selected as deputy mayor.

"I think we need to listen to the public," Duarte said. "Let's take action tonight."

After a brief meeting, the committee returned, and Mayor Richard P. Diegnan Jr. announced that Blood would resign.