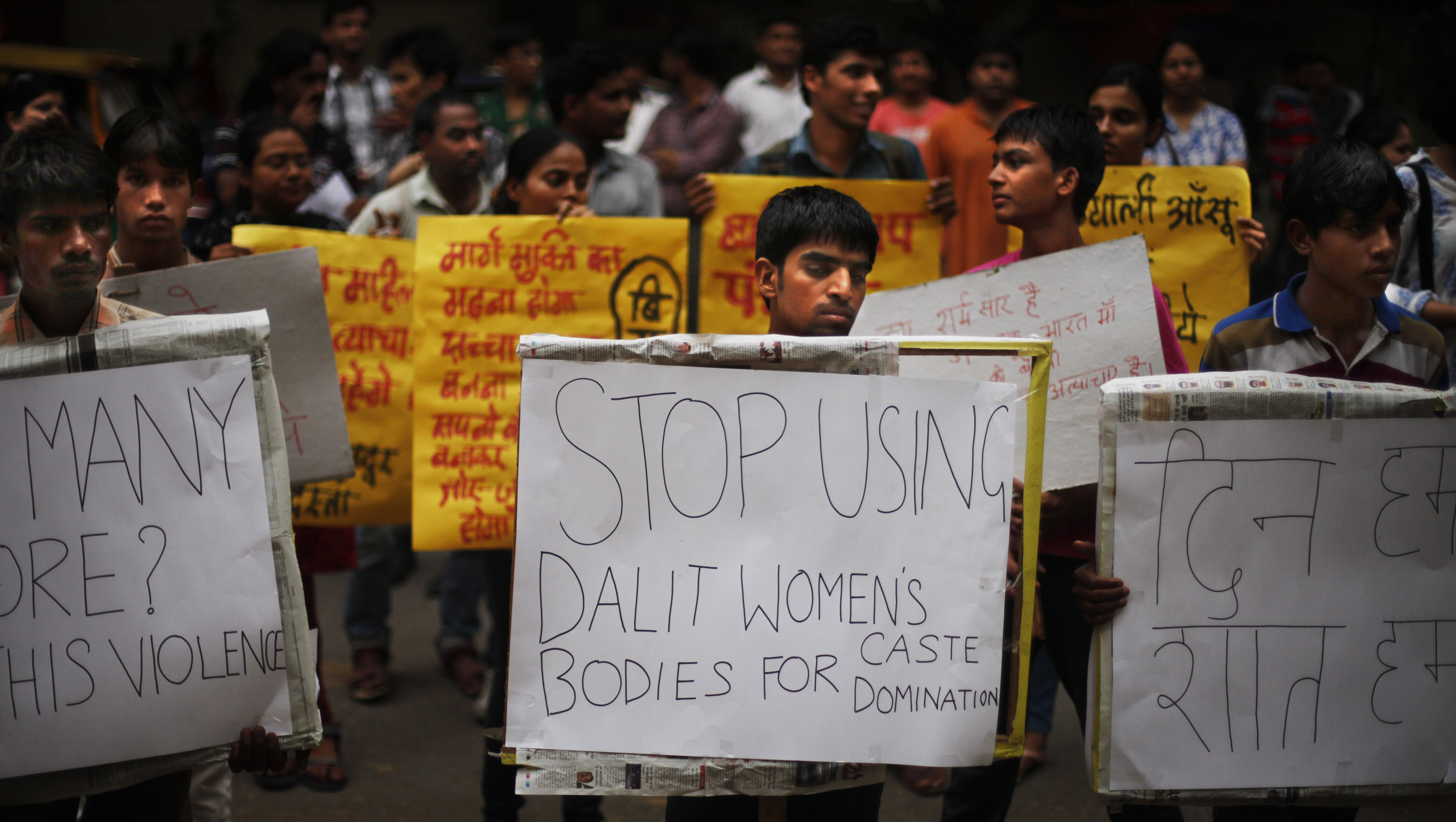 NEW DELHI - The vows for change came quickly after the young Indian woman was beaten, gang-raped on a moving bus and finally died in a faraway hospital. No longer, politicians promised, would rape victims be shamed by police. No longer, the judicial system said, would rapists be able to blame their victims.

Thousands of people swept through the streets of New Delhi in spontaneous protests after the December 2012 bus rape, demanding protection for women. The victim became "the daughter of the entire nation," said Sushma Swaraj, now the country's foreign minister.

Much has changed in the 18 months since then - harsher laws against rape, increased media focus on sexual violence, new police units dedicated to helping women. But a gang rape last week that left two teenage cousins dead, their corpses hanging from a village mango tree, has revealed the immense gulf that remains in India. In a nation that can at times appear convulsed with outrage over a culture of sexual violence, there are plenty of occasions when it seems little has changed at all.

Prominent politicians have been largely silent since last week's rapes, and there have been only a handful of protests, most attracting just a few dozen demonstrators. The largest protest, with about 200 women, occurred Monday, six days after the girls were first reported missing. The case dominated TV news for a day or so, but soon slipped from view.

The attack happened in Uttar Pradesh, a sprawling north Indian state with nearly 200 million residents. But when the state's top politician was asked about it, he ridiculed the journalists questioning him.

"Aren't you safe?" Chief Minister Akhilesh Yadav demanded of the reporters. "Then why are you worried? What's it to you?"

The comment aroused only a brief flurry of headlines. After all, Yadav's father - Uttar Pradesh's former chief minister, and now head of the state's ruling party - made far blunter comments about gang-rapists last month, arguing against the death penalty for convicted attackers by saying "boys will be boys."

Some see the lack of anger rooted in the victims' caste. The girls attacked last week were dalits, from the group long known in India as "untouchables," an overwhelmingly poor and ill-educated community which still faces daily discrimination.

While the men accused in the attack were also low-caste, their community - the Yadavs - is politically powerful in Uttar Pradesh.

"It's not a coincidence that the children who were raped and hanged were dalits," said Ranjana Kumari, one of India's most prominent women's activists and director of the New Delhi-based Center for Social Research.

She believes the rapes may have been political revenge, since few dalits support the ruling party, which is headed by Yadavs. The rapists could have been "attacking the pride of the dalit community."

But if the response to the rape has been muted, the crime has not been ignored. Amid the brief flurry of media attention, officials arrested two police officers and fired two more for failing to investigate when the father of one victim reported the girls missing. Three suspects, all from an extended family, have been arrested, and police are searching for two more suspects.

And not long after mocking the journalists, the chief minister called on the federal government to have the Central Bureau of Investigation, India's FBI, investigate the attack. He also urged that the suspects be tried in special fast-track courts, bypassing the normal Indian court system, which can take years to issue verdicts in the simplest cases.

His ambivalence, in many ways, reflects the country around him.

A few decades ago, a brutal crime against a pair of dalit girls might never have been investigated, and probably would not make newspaper headlines at all. Until recently rape was widely ignored in India - by the police, the judiciary and the media.

But if middle-class India and the media no longer view rape as an issue to be whispered about, it still remains a crime hidden in deep cultural shadows.

But in the world's second-most populous nation, scholars and activists say even the higher number is absurdly small. The stigma of rape runs deep, with many women who report rapes still forced to answer questions about their sexual history, the provocativeness of their clothing and whether they may have invited the attack.

Rape victims can face years of whispers behind their backs. They and their siblings can have trouble finding spouses. Question marks can taint their families for a generation.

As a result, most experts estimate that fewer than one in 10 rapes in India is ever reported.

It's something that even rapists understand.

"They feel that they are not going to be caught," said Meenakshi Ganguly, South Asia director of Human Rights Watch. "They feel they will get away with it. That is pretty much the case."