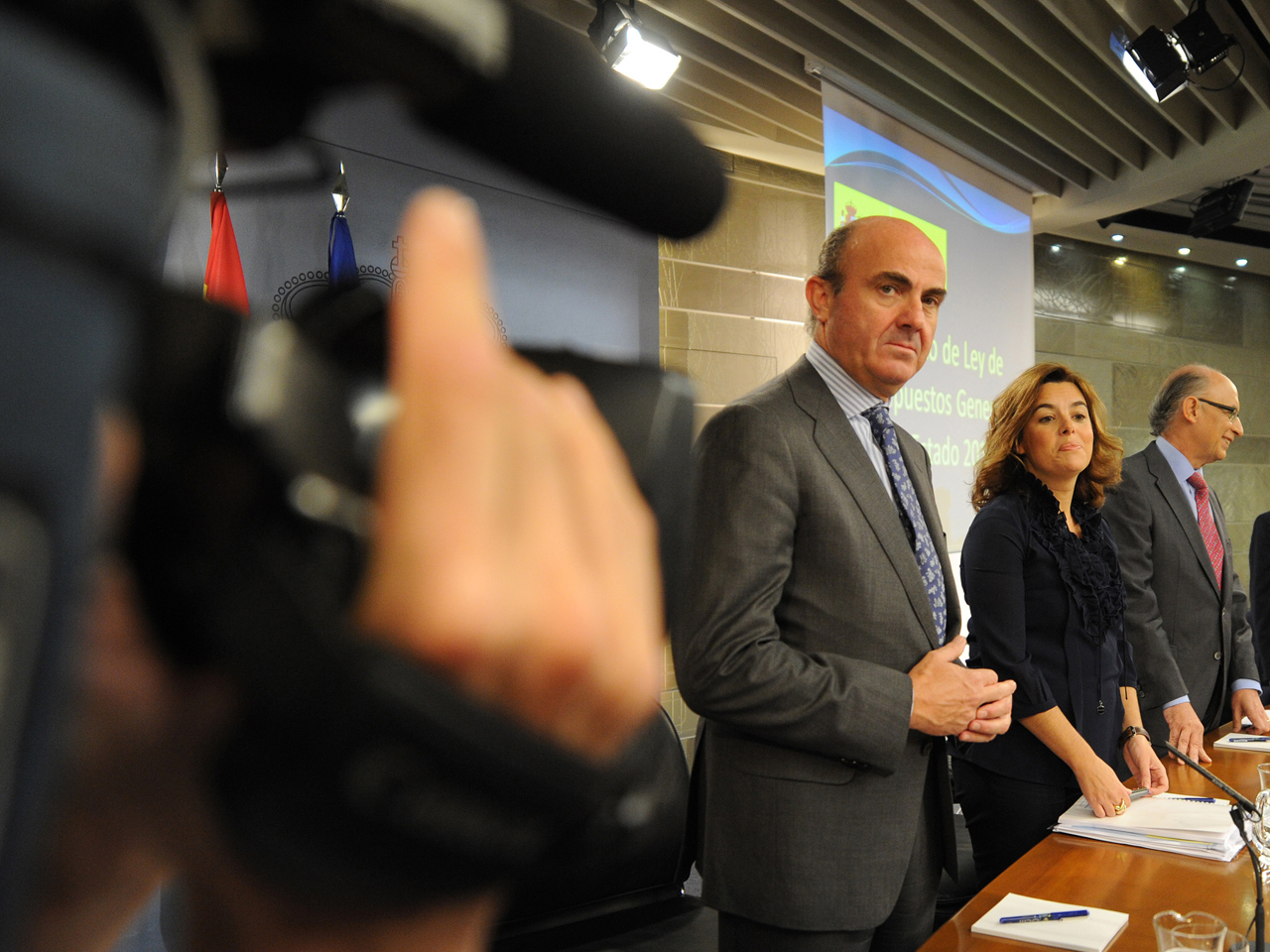 (AP) MADRID - The Spanish government has announced the country's most severe round of budget cuts yet with a new batch of measures and reforms aimed at convincing international authorities and investors that it is on track to meet its deficit reduction targets.

As concerns mounted that the country will soon seek a bailout, Finance Minister Cristobal Montoro said Thursday the draft budget for 2013 would cut overall spending by $51 billion. He said cuts for ministries would average 8.9 percent.

"This is a budget in times of crisis but one to help get out of the crisis," said deputy Prime Minister Soraya Saenz de Santamaria.

Many think the measures are a precursor to Spain seeking European Central Bank help.