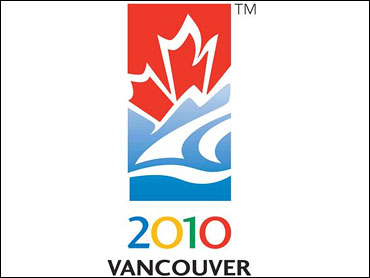 The Detroit Red Wings are once again displaying the four-line depth that has helped them win the last two Stanley Cup championships.

Igor Larionov and Brendan Shanahan both had a goal and two assists in a seven-goal third period, leading the Red Wings over the Vancouver Canucks 7-1 Friday night.

The seven-goal period was one shy of the club-record eight Detroit scored against the New York Rangers on Jan. 23, 1944. The NHL record is nine.

"They're a great team," said Canucks captain Mark Messier, who had an assist on Markus Naslund's lone goal for Vancouver. "They've got a lot of different weapons."

Detroit, which trailed 1-0 after two periods, ended up routing the Canucks despite only two points from its top line of Steve Yzerman, Darren McCarty and Sergei Fedorov. They had combined for seven goals and six assists in the Red Wings' last three games.

"That's why they're Stanley Cup champions two times in a row," Messier said. "They have an awful lot of depth."

The Canucks have lost four straight and six of eight.

Detroit failed to put any of its first 24 shots past Vancouver goalie Garth Snow and trailed 1-0 until Martin Lapointe started a flurry of three goals in a 2:04 span of the third. He convered a pass from Larionov from between the circles at 3:16.

Just 24 seconds later, Larionov took a pass from Shanahan into the left circle and took a shot that dribbled through Snow's legs to put Detroit ahead.

Canucks coach Mike Keenan immediately replaced Snow with Corey Hirsch, who couldn't stop Kozlov's shot over his left shoulder at 5:20. Shanahan ripped a shot past Hirsch at 12:10, and Brown made it 5-1 only 1:12 later.

"I felt the momentum was so strong in their favor I wanted a delay (after Detroit's second goal)," Keenan said of the switch. "When they scored again the momentum wasn't going to change back by putting Garth back in."

"After the third goal and the fourth goal, the game was over and it made no sense."

The game deteriorated into a series of small scraps and one major incident at 13:43 that led to 61 minutes' worth of penalties between the teams. Vancouver's Donald Brashear, who earlier fought Joe Kocur, was assessed a roughing minor, a misconduct and a game misconduct.

Only 43 seconds after play resumed, Murphy scored. Eriksson scored in the final minute.

"It was a good third period until it got spoiled by the fights," Larionov said.

Maracle made 19 saves. He's been in goal ever since Osgood suffered a hip flexor injury before the game at Vancouver.

"He's in a good zone right now and getting more confident," Red Wings coach Scotty Bowman said. "It gives us a chance to let Chris rest and really make sure he's OK."

Snow and Hirsch combined for 33 stops.

Naslund scored the only goal of the opening 40 minutes on a power play at 13:37 of the first. Naslund broke in from the left wing with a pass from Messier and slid a shot between Maracle's legs.

Snow survived a late flurry that allowed Detroit to outshoot Vancouver 9-8 in the period, but his best save was an earlier stick stop on Yzerman to thwart a 2-on-1 break with McCarty.

"Snow was just playing unbelievably," Maracle said. "I thought it was going to be a 1-0 game."