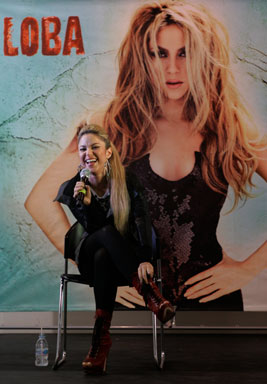 Detroit officials who are staging the 2006 Super Bowl are in San Diego this weekend, absorbing inspiration and ideas from their counterparts as Sunday's NFL championship game approaches.

"There are only three chances to witness how other cities are pulling off the Super Bowl before it comes here, and we've got to get it right," said Susan Sherer, executive director of the Detroit Super Bowl XL Host Committee.

Since Tuesday, Sherer and other committee members have attended dozens of public and private events, sponsored by the San Diego Super Bowl Host Committee and the NFL. They're looking for ways to throw a weeklong party for more than 150,000 visitors.

"We're not out here rubbing elbows with movie stars. We're trying to get a feel for how and where these events could be staged in Detroit," Sherer told the Detroit Free Press for a Friday story. "We're not a warm-weather place, and unlike other host cities, we have to deal with the image problem of the city."

Detroit committee members already have a pretty good idea of what to avoid: a repeat of Super Bowl XVI, played Jan. 24, 1982, at the Pontiac Silverdome.

The first Super Bowl held in a northern city was played while Michigan was in a recession. Bitter cold weather led up to, and lasted beyond, the game between the San Francisco 49ers and Cincinnati Bengals.

That Super Bowl brought $61.8 million to the region, but it endured nasty criticism in the national press.

Sports Illustrated described the metropolitan area as a place of "dirty snow and barbed wire." Even a decade later, after Minneapolis hosted Super Bowl XXVI, The New York Times sniped: "Let me tell you who came out a winner — any northern city not named Detroit."

Detroit organizers already are lining up indoor events for 2006. "We can't do anything about the weather, so we're embracing it," Sherer said. "It's all about creating an exciting atmosphere. ...