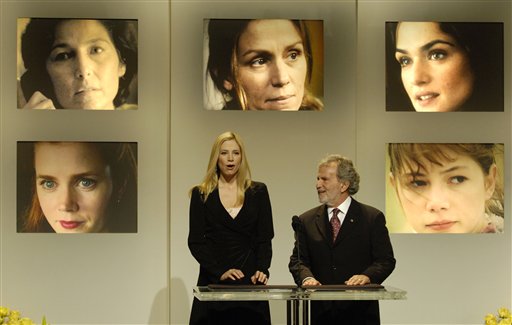 The New Jersey Devils' decision to open up their offense Saturday paid off.

Tied at 3-3 after two wide-open periods, Jay Pandolfo deflected in Brian Rolston's pass from the blue line for the winning goal with 8:11 left in the third period to extend New Jersey's road and overall winning streak to four games.

"It was uncharacteristic of games with New Jersey to be wide open," said Panthers captain Scott Mellanby, who had a goal and an assist in a losing cause. "They're trying to be more offensive than usual, but it's still a loss."

Scott Niedermayer, in his second game back since ending a protracted holdout, had two assists, including one on the winning goal.

"It's a great win, this team is starting to play with more confidence," Niedermayer said.

With an empty net and extra skater in the final minute, Florida's Mark Parrish fired a point-blank shot headed for the net but was robbed by Martin Brodeur's lightning-quick glove save.

"There was a big scrum in front and it bounced off about eight people to me," Parrish said. "I tried to go up top and their defenseman just got a piece of it and it went in his glove. I don't know if he saw it or not."

Brodeur, who had 23 saves, was appreciative of the offensive support.

"It was a fun game with a lot of chances for both sides, but every time we score three or more goals we win," Brodeur said.

The Devils are 6-1-0 in their last seven games and the four-game winning streak is their longest since last March.

"The more confidence you get, you don't worry about winning on the road," Pandolfo said. "You know that you can."

Panthers coach Terry Murray was livid at the Panthers sloppy play that led to the final goal. Florida defenseman Ed Jovonovski admitted he made a "terrible" play and should've taken Pandolfo at the net.

"To get beat off the boards and have two guys make a play like that is completely unacceptable," Murray said. "It's a very disappointing loss and it was a game we should've had."

New Jersey took a 3-2 lead at 2:42 of the second period on Ken Daneyko's slap shot from the faceoff circle. The Panthers forged the third tie of the game when Mellanby's original slapper was stopped by Brodeur, he chased the puck behind the net and centered it to Kurt Muller, who backhanded it in to make it 3-3 at 8:52 of the second.

Mellanby scored his first goal of the season to cap off a fast-paced first period. Lindsay set Mellanby up in the slot, who flicked it between Brodeur's five-hole to make it 2-2. Randy McKay began the scoring as he took a centering pass from Bobby Holik and beat Burke at 6:09 of the first.

Florida tied it at 9:53 when Rob Niedermayer scored his fourth goal of the season and forth in his last seven games.

The most bizarre goal of the period came at 11:02 when the Devils' Dave Andreychuk outjumped Burke for a deflected shot, then quickly placed it down to the left of the goalmouth and swatted it into the unguarded net for a 2-1 Devils' lead.

Burke vehemently argued to no avail that Andreychuk illegally closed his hands around the puck. For Andreychuk, it was his fifth goal of the season and 522nd career goal.

"I thought with the new rule you can't catch it with a closed hand, you got to bat it down," Burke said. "The referee's got a decision to make and he was pretty adamant the way he saw it."

© The Associated Press. All Rights Reserved. This material may not be published, broadcast, rewritten, or redistributed