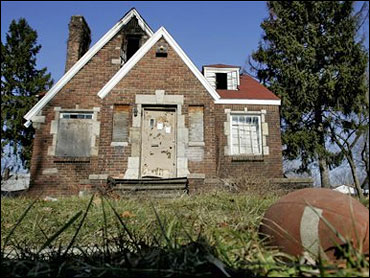 There is no disputing the fact -- New Jersey Devils goaltender Martin Brodeur has the number of the Colorado Avalanche.

Brodeur made 24 saves, several of them spectacular stops, as he continued his mastery in a 3-2 victory over the Avalanche Saturday night.

"I just go out and enjoy myself. We want to play well against the top team offensively," said Brodeur, who is 10-1-3 lifetime against the Colorado-Quebec franchise.

"We get prepared for the Avalanche games. Maybe, it is because Claude Lemieux was with us."

Patrik Elias scored his first goal in 16 games and had an assist for New Jersey's third straight victory over the Avalanche. Bobby Holik had a goal and an assist and Jason Arnott a goal for the Devils, who haven't lost two in a row since the first two games of the season.

"Martin was good, very good. No, Martin was unbelievable," New Jersey coach Robbie Ftorek said. "He made the save off his skate on Claude Lemieux and a second on Claude off the glove,"

Adam Deadmarsh and Lemieux scored for the Avalanche, who haven't beaten New Jersey since March 21, 1997, and are 4-6-0 at home this season.

Losing goaltender Patrick Roy, 13-14-1 against the Devils, gave up more than two goals for the first time in nine games.

"The two goals they scored in the second period were major letdowns," Colorado coach Bob Hartley said. "Especially on the third goal, there is no way you can let a player like Holik alone in front of the net."

The teams were tied 1-1 in an uptempo first period when the Avalanche outshot the Devils 14-13.

Deadmarsh beat Brodeur from the right circle at 10:15 after being st up from behind the net by Joe Sakic. Arnott tied the game at 15:04 with a power-play goal, converting Petr Sykora's centering pass from behind the net. Twenty-four seconds later, the Devils had an apparent go-ahead goal by Scott Niedermayer disallowed when Holik was caught in the crease.

"We aren't finishing off our chances," Hartley said. "We had four great chances that should have been goals in the first period and when you don't finish those chances, it is tough to win."

Elias gave New Jersey a 2-1 lead at 4:53 of the second period with a slap shot from just inside the blue line from from the left point that got past Roy. Brodeur preserved the one-goal lead at 14:10 of the period with a skate save of Lemieux's shot from point-blank range and Holik extended the lead to 3-1 with a goal off a rebound at 16:15.

"I was surprised by the goal," Elias said. "The shot took off and went right under his glove."

Lemieux scored on a power play at 16:32 of the third period.

"He (Brodeur) robbed me twice in the second period," Lemieux said. "We could have been tied or maybe ahead by a goal. He came up big for them."