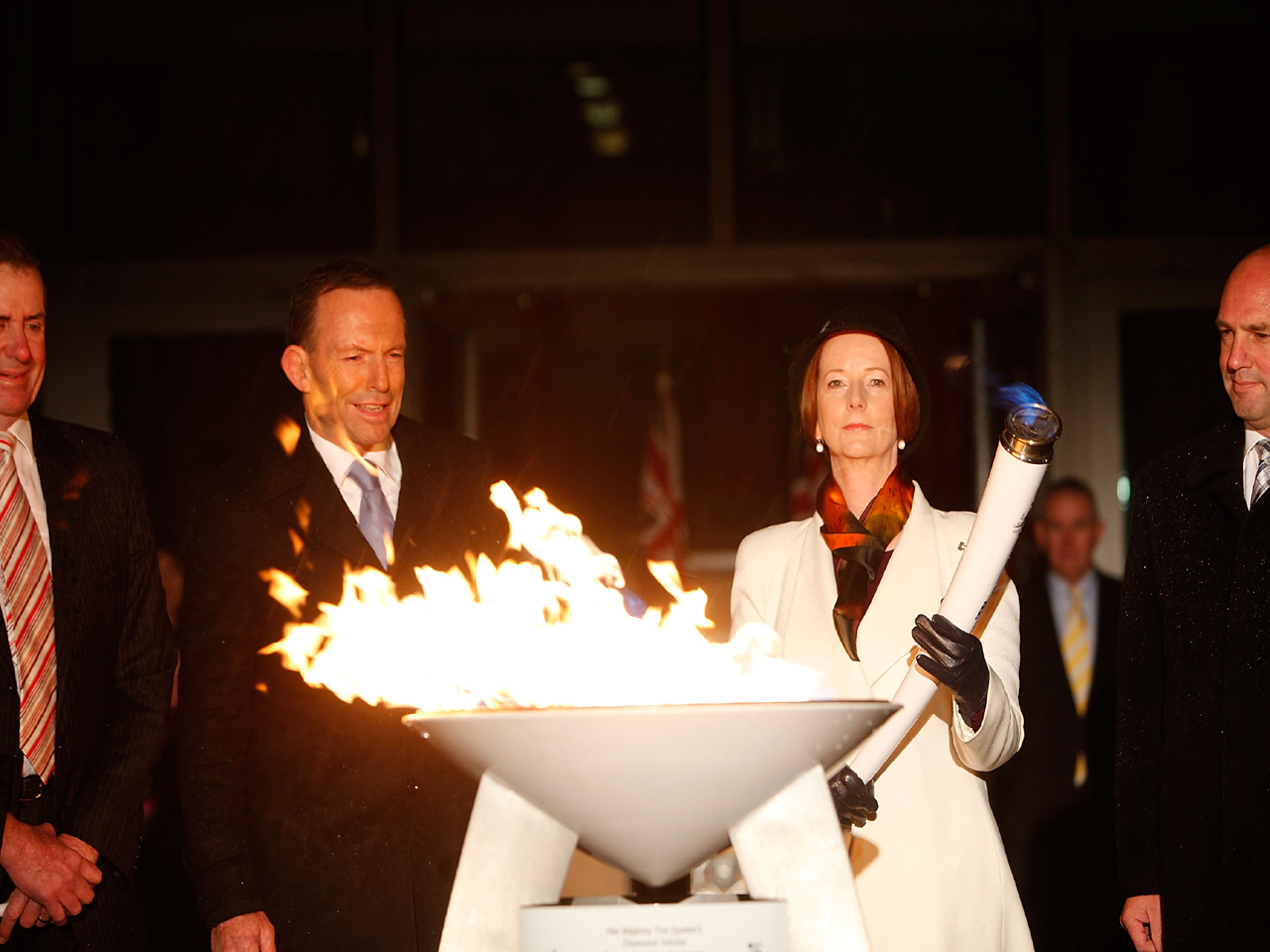 (CBS/AP) Beacons will light up the U.K. on Monday to celebrate Queen Elizabeth II's Diamond Jubilee.

The jubilee was being marked around the world in members of the 54-nation Commonwealth of former British colonies.

The small Pacific island nation of Tonga claimed the honor of lighting the first of more than 4,200 commemorative beacons to be set alight in Britain and abroad. The queen will light the final beacon following the concert.

Joined by opposition leader Tony Abbott at the Parliament House in the capital Canberra, Gillard praised the Queen for her service over the last 60 years.

"Tonight we are reflecting not just the past, on the passing of six decades," Gillard told the crowd. "We are reflecting on a life well lived, a life of sacrifice, a life of service. And to the young people who are here with us this evening, I hope one thing you'll always remember about tonight is that example of the Queen spending her life in the service of others."

One beacon will be lit in Kenya at the Treetops Hotel, where the queen was informed of her father's death in 1952, making her the queen.

"We set out to have 2,012 beacons, which would have been the most ever for this type of occasion," said Bruno Peek, pageant master of the Queen's Diamond Jubilee beacons. "To have reached double that figure reflects the national and worldwide respect and affection for the queen and the desire to celebrate her 60-year reign."