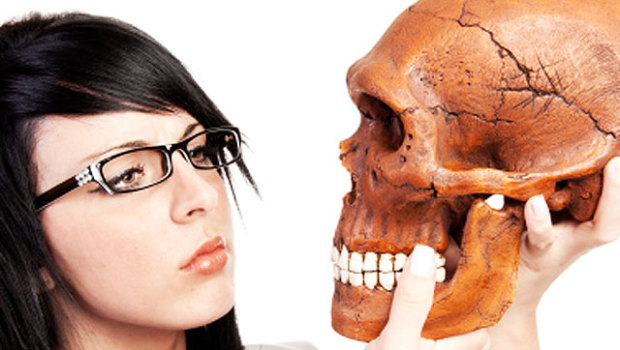 WASHINGTON - Were the Neanderthals simply crowded out by the ancestors of modern humans?

That's the theory of a pair of British researchers, who say early modern humans outnumbered Neanderthals by 10-to-1 in a region of southwestern France they studied.

Scientists have long debated the circumstances in which modern people replaced Neanderthals across Europe about 40,000 years ago. Leading researchers in the field challenged the research methods in the new study and added that the idea of a larger population prevailing is not new.

Other theories have focused on climate change, differences in Neanderthals' ability to think and other possibilities. In the report, in Friday's edition of the journal Science, Paul Mellars and Jennifer C. French of England's Cambridge University contend that "numerical supremacy alone may have been a critical factor" in human dominance.

They conducted a statistical analysis of archaeological finds in France's Perigord region, and concluded that stone tools and animal food remains showing evidence of modern humans indicate a much larger population than of Neanderthals in the region. That, they said, would undermine the ability of the Neanderthals to compete for food and other necessities.

In addition, Trinkaus challenged the data in the new report, commenting that the idea of using the number of human gathering sites and their size, tool counts, and other pieces of evidence "pooled together over millennia to estimate relative population sizes was long ago rejected by archaeologists."

Trinkaus said the number of human sites has little, if anything, to do with how many people were around. "For example, a highly mobile group of hunter-gatherers will leave vastly fewer, if any, recognizable sites than one that stayed put for major periods of the year and accumulated trash in one place," he said.

Several experts agreed the conclusion of the paper wasn't new. Christopher Ramsey of the School of Archaeology at England's University of Oxford said it provided "more quantitative evidence for what many already thought to be the case - that is that modern humans simply replaced Neanderthals by gaining higher population densities."

And Joao Zilhao, a research professor at the University of Barcelona, argued that the methods used to estimate the population were outdated. He said modern humans didn't simply replace Neanderthals anyway, "as the overwhelming genetic and paleontological evidence shows what happened was assimilation, not replacement."