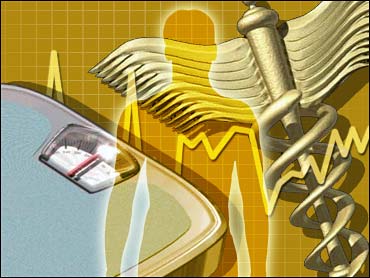 Several new studies take a fresh look at the relationship between diet and the risk of various cancers. It's an area, reports The Early Show medical correspondent Dr. Emily Senay, that's been the subject of plenty of past research, with mixed results.

The studies appear in the Journal of the American Medical Association.

One shows that eating red meat (beef, pork, lamb, and processed meats such as cold cuts and bacon) more than once a day over several years increased the risk of colon cancer significantly.

The American Cancer Society followed 150,000 Americans for more than 20 years, and the results support previous findings.

The research found that those who ate more chicken and fish had a lower risk of colon cancer.

The report also noted that consumption of red meat has been increasing in the United States since 1993, reversing a decline that began in 1976.

A separate study surveyed more than 500,000 European women for ten years, and found that diets rich in fruits and vegetables did not provide protection from breast cancer.

But, notes Senay, it's just one study, and we already know the benefits of a plant-based diet for the heart and for reducing the risk of other forms of cancer.

A well-balanced, low-calorie diet high in fruits and vegetables also helps reduce obesity, which is a risk factor for breast cancer.

More research needs to be done, Senay says, because it's possible that beneficial effects exist for specific nutrients in fruit and vegetables or for specific groups, like women at high risk for breast cancer, such as those with a family history of the disease.

A third study, this one from South Korea, looked at more than a million people and found an increased risk of several types of cancer for those who had diabetes or high blood sugar levels. Some experts point out that, since obesity and diabetes are so prevalent in this country, it may be that there is an even stronger link between diabetes and cancer for Americans.

With all that in mind, Senay points out, the best available advice to lower the risk of cancer is unchanged.

For a start, don't smoke.

You should also choose a diet rich in a variety of plant-based foods, eat plenty of fruits and vegetables, maintain a healthy weight, be physically active, drink alcohol in moderation - if at all, select foods low in fat and salt, and prepare and store foods safely.