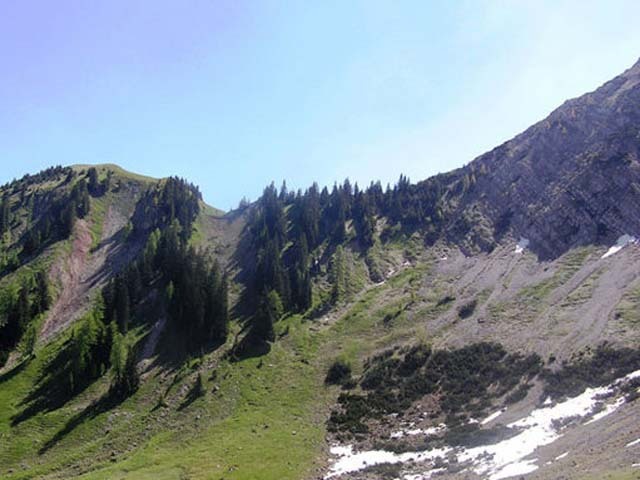 The mass extinction that opened the door for the rise of the dinosaurs about 201 million years ago may have been caused by a spike in carbon pumped into the atmosphere -- most likely by methane released from the seafloor, a new study indicates.

This spike appears to have accelerated the climate change already under way, ultimately leading to the end-Triassic extinction, the researchers say.

Scientists already suspected that rapid warming and changes to ocean chemistry at the time killed off the dinosaurs' competitors, allowing their era to begin. And they knew that, at the time, eruptions of lava through fissures in the Earth's crust pumped carbon dioxide into the atmosphere.

But this new study indicates that something more than the 600,000 years of eruptions, more massive than anything in human history, pushed about half of species to extinction.

About 201 million years ago, the supercontinent Pangaea was splitting apart. During the process that eventually led to the formation of the Atlantic Ocean and the land masses that are now North America, Europe and Africa were splitting apart, forming deep fissures that spewed lava and carbon dioxide.

Researchers know something happened at this time because they can look at a sort of chemical fossil -- ratios of carbon atoms of different weights, called isotopes. Volcanic and fissure eruptions spew more of a lighter version of carbon (incorporated into carbon dioxide) into the atmosphere. Methane also contains carbon, but it favors the lighter form even more.

Study leader Micha Ruhl, a postdoctoral researcher at the University of Copenhagen, and colleagues determined these ratios from molecules within the protective wax produced by plant leaves and preserved in sediment at the bottom of the Tethys Ocean, the precursor to the Mediterranean Sea. (These sediments are now located high in the Austrian Alps.)

A strong shift in the ratio indicated that methane, not carbon dioxide, was responsible, Ruhl said.

Although it stays in the atmosphere for a briefer period, methane is a more potent greenhouse gas than carbon dioxide. There are multiple ways large amounts of methane could be released into the atmosphere, but Ruhl believes methane from the seafloor is most likely the primary culprit.

Under the right conditions, bacteria on the ocean floor tuck it away, but warming caused by the emission of carbon dioxide could have prompted the release of their methane. In the atmosphere, the methane would have caused more warming, and hence the release of more methane, creating a feedback, he said.

Previous research studied the ratio of carbon isotopes in samples taken from North America and England and found evidence that the eruptions from the future Atlantic Ocean dramatically damaged the global carbon cycle probably by pouring carbon dioxide into the atmosphere -- and likely creating greenhouse conditions -- at the time of the extinction.

This study did not turn up as strong a disruption to the carbon cycle as appeared in Ruhl's, according to Jessica Whiteside, a biopaleontologist at Brown University and the lead researcher on this earlier work.

The difference between the two studies' results could be explained by a local effect, since the samples came from different locations, Whiteside said.

Nevertheless, an outpouring of seafloor methane could explain the degree of change Ruhl's study revealed for the carbon ratio, according to Whiteside.

All of the other four have also been linked to disruptions in the carbon cycle. In three cases, massive volcanic eruptions are implicated, and for the third, the Cretaceous-Tertiary extinction that killed the dinosaurs, has been linked to both volcanoes and an asteroid impact, she said.

Since humans are now pumping a great deal of greenhouse gas into the atmosphere, it is conceivable history could repeat itself, Ruhl said, if global warming prompts the release of methane currently stored in the seafloor.

"If that happens, climate change would accelerate dramatically," he said.

Ruhl noted, however, that it is difficult to extrapolate things that happened in the past to the present.