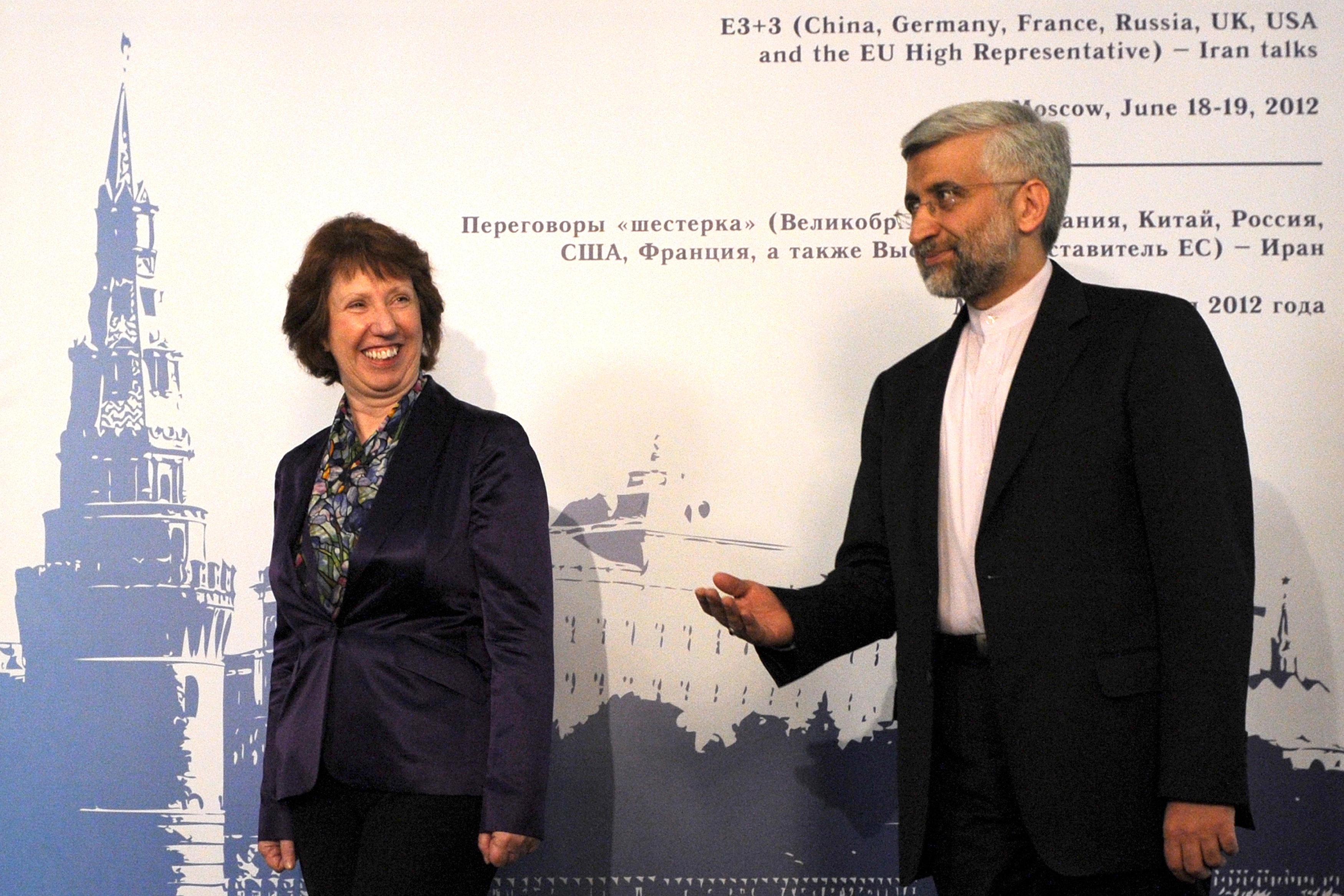 (AP) MOSCOW - Iran and six world powers sought elusive common ground Monday in talks meant to reduce tensions over Tehran's nuclear activities that both sides see as crucial to their interests but which are stalled by reluctance to commit to each other's demands.

Diplomats from several nations meeting with Iran in Moscow depict the talks as significant. They say it could be the last in a series and that, if negotiators fail to make headway in persuading Tehran to stop higher-grade uranium enrichment, it's unclear if or when new talks would occur.

Iran insists all of its nuclear activities are peaceful. It denies interest in the nuclear weapons application of uranium enrichment, insisting it wants to make only reactor fuel and medical isotopes.

While Iran wants the other side to recognize its right to enrich and blink first by easing sanctions, the six - The United States, Russia, China, Britain, France and Germany - say the onus is on Tehran to show it is ready to compromise. Such a stalemate led to the breakup of the last round of talks on May 20 in Baghdad without result, and complicates the chances of substantial progress in Moscow.

The talks are being convened by EU foreign policy chief Catherine Ashton, and her spokesman, Michael Mann, said the six were ready to "address the issues" raised by Tehran. At the same time, he said "we hope the Iranians will seriously engage on a set of proposals we put on the table in Baghdad."

The six are coming to Moscow prepared to ease restrictions on airplane parts for Iran's outmoded, mostly U.S.-produced civilian fleet and are offering technical help with aspects of Iran's nuclear program that cannot be used for military purposes.

While not budging on lifting existing sanctions or those already decided upon, diplomats familiar with the talks told The Associated Press the six are also prepared to guarantee that no new U.N. penalties will be enacted if Tehran shows enough compromise. The diplomats demanded anonymity because that possible offer has not yet been formally made.

For Iran, the main demand is international recognition of its right to enrich and related issues. Although it is under U.N. Security Council sanctions for refusing to stop that activity because of concerns it could use it to arm nuclear missiles, Tehran insists it has a right to do so to for its stated goal of creating reactor fuel and medical isotopes.

The six, in turn, are ready to gloss over the Security Council prohibition of all enrichment and are prepared - for now - to tolerate Iran enriching to low-grades, suitable for nuclear fuel. But they are pressing the Islamic Republic to stop higher enrichment to 20 percent purity because at that level the material can be turned into weapons grade uranium much more quickly than the low-enriched uranium can.

The six also want Fordo, the underground Iranian facility where most of this enrichment is taking place, shut down and for Iran to ship out its higher-grade stockpile. Fordo is of special concern because it might be impervious to air attacks, a possible last-resort response to any Iranian bomb in the making.

An Iranian delegate, who demanded anonymity because he was not authorized to discuss Iran's position, told The Associated Press that his country was ready to compromise but only if the six accepted Tehran's right to enrich, a concession that would effectively nullify the Security Council ban.

In turn, he said that Iran may agree to consider suspending 20 percent level enrichment as a voluntary, temporary, confidence-building measure but this has to be reciprocated by a commitment from them to recognize our right to uranium enrichment.

"Our minimum demand ... is for them to recognize our right to uranium enrichment," he said. "If this is not accepted by the other side, then the talks will definitely collapse."

Washington has warned Tehran of the alternatives should it not be willing to meet the six powers' demands.

"The window for diplomacy is not indefinite," a senior U.S administration official told the AP.

Such warnings are not new but this carry more weight than before both for Iran and its negotiating partners.

Iran would be most immediately hurt by a lack of progress in Moscow followed by any long hiatus in new negotiations.

In addition to longer-term U.N. and other sanctions, Tehran is now being squeezed by a widening international embargo on its oil sales, which make up more than 90 percent of its foreign currency earnings. It desperately needs those sanctions lifted, but the six say it needs to make the first move on cutting back on uranium enrichment.

Failed talks at Moscow with no immediate prospect of new meetings would almost certainly expose President Barack Obama to criticism of weakness in dealing with Iran from Republican presidential candidate Mitt Romney Faeuro" and from Israel, which has threatened to attack the Islamic Republic's nuclear installations should diplomacy fail.

It is unclear if the Jewish state would actually make good on such a threat and, if so, when. But any military move would likely draw in the U.S., widen the conflict through much of the Mideast and further hobble countries already in economic tailspin by driving oil prices sky-high.

Sanctions levied by the U.S. have already cut significantly into exports of Iranian crude from about 2.5 million barrels a day last year to between 1.2 and 1.8 million barrels now, according to estimates by U.S. officials. A European Union embargo on Iranian crude that starts July 1 will tighten the squeeze.

Iran denies it is hurting from the oil penalties, but in India last week, U.S. Secretary of State Hillary Rodham Clinton said the sanctions are "sending a decisive message to Iran's leaders."

"Until they take concrete actions to satisfy the concerns of the international community, they will continue to face increasing isolation and pressure," she said.