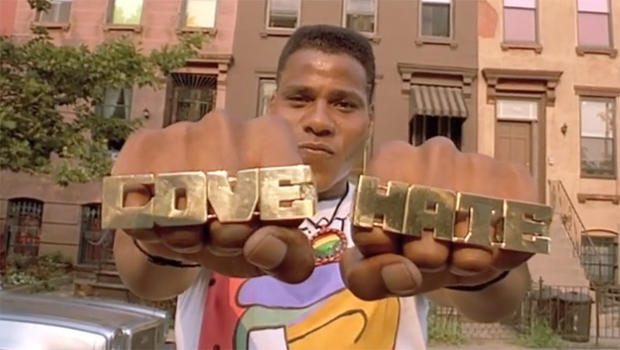 Actor Bill Nunn, best known for his portrayal of Radio Raheem in Spike Lee’s classic “Do the Right Thing,” has died. He was 62.

He died Saturday at his home in Pittsburgh, his wife, Donna, told The Associated Press. He had been battling cancer.

The Pittsburgh native (his dad was a journalist and scout for the Steelers) taught acting after his graduation from Morehouse College in 1976.

Nunn’s first movie credit was in Lee’s 1988 “School Daze,” which was followed one year later by “Do the Right Thing,” and his most iconic role: Radio Raheem, a boombox-toting Bed-Stuy resident who brandishes the words “Love” and “Hate” on his fists. His death at the hands of the police sparks a riot.

Nunn worked with Lee again in the films “Mo’ Better Blues” and “He Got Game.”

He was also featured as newspaper editor Joseph “Robbie” Robertson in Sam Raimi’s “Spider-Man” films, and starred in the TV series “Traps” with George C. Scott, “Local Heroes,” “The Job,” and “Sirens.”