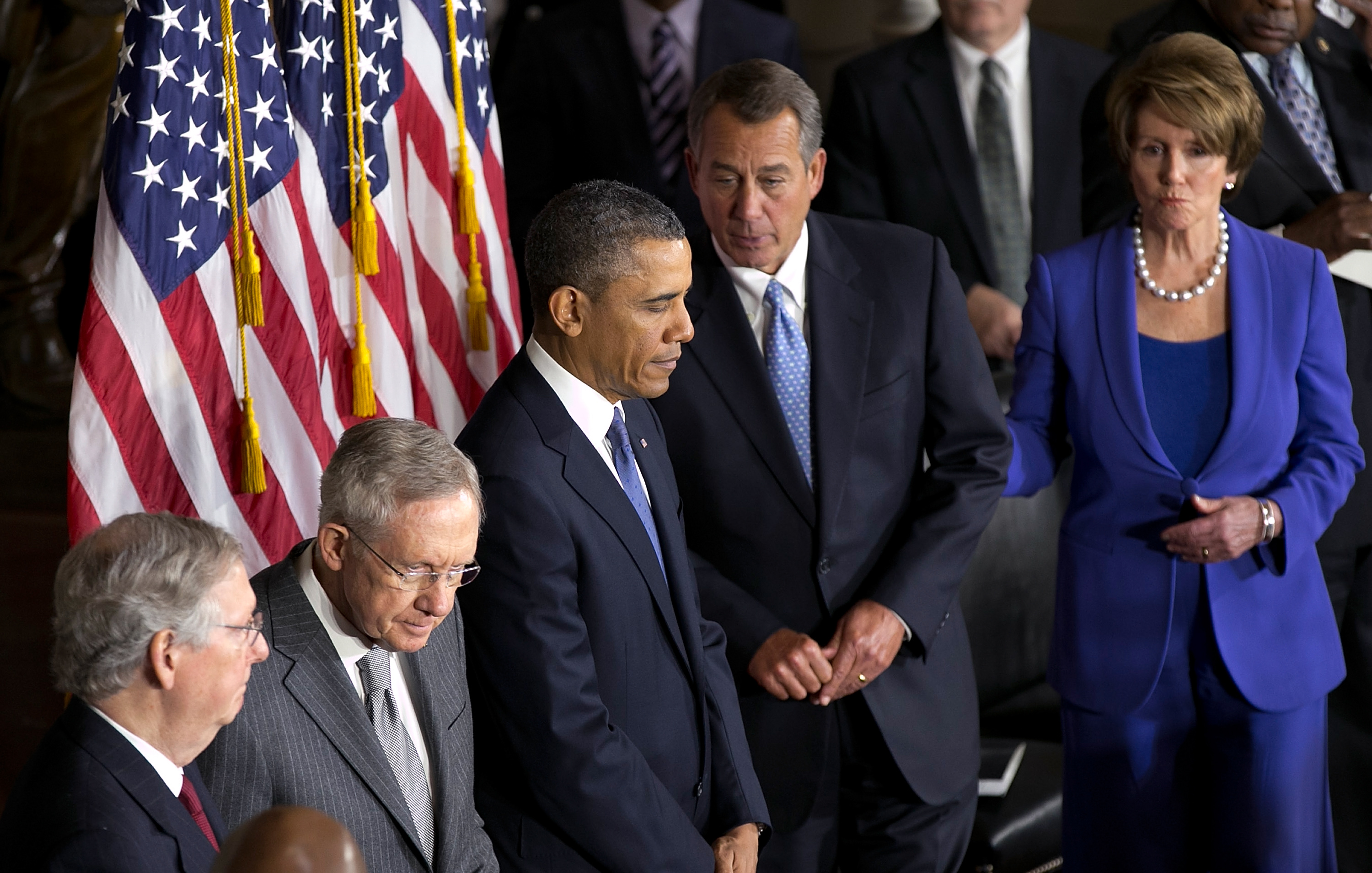 It's been a tough year for government. Events this week seem to sum it all up.

The Senate went "nuclear," changing its venerable rules instead of finding a compromise. Polls this week showed how the rocky Obamacare rollout undermined confidence in the administration. And last month Republicans took a hit over the government shutdown. At each turn, we've wondered whether conservatives or liberals were getting political advantage out of it all. Maybe no one is. The opening now, if there is one, may not be for an ideology but for pragmatism - some one, or some party, who can demonstrate that things can work. It seems a tall order.

Trust in government remains stubbornly low in the latest CBS News poll, as it has for years. More than two thirds say the country is on the wrong track (in fact it's been ten years since they said, momentarily, that it was on the right one.) The current president's tanking approval rating is drawing comparisons to the low marks of his predecessor. Congressional ratings are testing historic depths of their own, and for both parties (note that for all the troubles with the Affordable Care Act, the Republicans haven't suddenly gotten a second look or bounced back from the shutdown, either.)

Here's a look at the general trend of trust in government over the last 30 years. Aside from a patriotic spike following 9/11 you'll see the skepticism that crosses eras and administrations, and that it's not getting any better. (Some of this is, and always has been, partisan; people tend to have more mistrust for government when it's run by an opposing administration.) The big question now for politicians, and our politics, is whether they look to change this perception and try to persuade people government can be trusted, or to play into this and call for less of it.

One number that struck us in the latest CBS News poll is the long-standing "govdo" measure - so nicknamed by pollsters for its shortened label on questionnaires -  that asks Americans if they think government is doing too much, or ought to do more. It's now firmly pointing toward "too much," having risen to 63 percent, up five points since February and approaching its highest levels in almost twenty years.

And these are the "govdo" numbers from recent elections. It doesn't necessarily predict  the winners (President Obama won last year with 51 percent saying it should do less) but things are often more closely divided. In times of crisis, like after the 2008 financial collapse, more want government to get involved. The fact that it moves also suggests that peoples' thoughts about government respond to events, not just rigid ideology. And that's an important reminder for both parties.

Clearly the rollout of Obamacare is behind much of this now, and that's bad news for Democrats and liberals, whose party brand relies on the idea that government ought to do things. But consider it more broadly: most Americans, whatever their stance, want government - however small or large -to work. "Work" also means it's a place where different interests reconcile things. That's why they call on Congress to compromise, and also why they give it bad ratings when the results - like a policy, or the economy - don't measure up.

Meanwhile out in Arizona, at the meeting of the Republican Governors' Association, the GOP is grappling with these very points, too. And the governors who spoke there this week wanted everyone to know they can "get things done," unlike their Washington counterparts. A potential divide within the Republican Party as we head to the next cycle looks more and more like congressmen talking about an oversized government, and their governors saying they're the ones who know how to make it function. Those two things are not mutually exclusive, of course, but the emphasis will be critical.

Chris Christie, in between questions about 2016, has been echoing themes he sounded in his victory speech in New Jersey two week ago - where he touted his accomplishments not just as shrinking government (a more ideological, abstract idea) and said that he'd made it work. His reward, a large cross-sectional win, is going to look appealing to those trying to find a winning formula in this environment. Gov. Scott Walker, R-Wis., for his part, is out with a book emphasizing conservative solutions. Gov. Bobby Jindal, R-La., similarly stresses conservative policy-making as the key to winning back national office.

Back in Washington, Republicans are reportedly gearing up to use Obamacare as a rallying cry again in 2014, which may well be effective. Democrats plan to counter by invoking the specter of the shutdown again. Still, neither of these lines addresses the economy - which is peoples' top issue. Much of what happens next depends on how the GOP now responds to the failed online rollout of Obamacare and what lessons they draw. Is it that broadly government ought not do too much, or mainly that it should do things better?

Most Americans are not hard ideologues (only a quarter call themselves "very" liberal or conservative) and - to their credit - don't wake up every day pondering the role of government. But they also know that government is different from politics. So if you want to see into the future to who's going to win in 2014 or 2016, you'll have to wait. But the big themes - the demands of the electorate for a government that functions and serves them in their daily lives - are already in plain view.