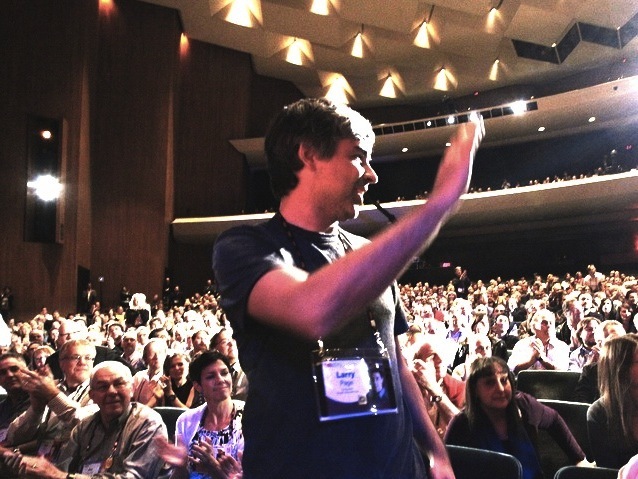 (MoneyWatch) COMMENTARY The great irony of leadership advice is that leaders are usually far too busy running their businesses and enjoying what little down time they have to pay attention. And that's as it should be.

When they're in the weeds and need help, however, they reach out. At least the good ones do. That's what I do. When I need help, I ask. Unless, of course, it's for directions. What can I say? I'm a guy.

In any case, the real question to ask is this: When leaders are in a jam, who do they reach out to? More to the point, who should you listen to for advice?

I happen to think you can learn a lot about a person by the company they keep. Take Steve Jobs for example. He was known to be close friends with Oracle (ORCL) CEO Larry Ellison and venture capitalist John Doerr, among others. Former Intel (INTC) chief Andy Grove was also a friend and mentor to Jobs.

What those people have in common is that they all worked for a living. Ellison dropped out of college and worked at a couple of computer companies before founding Oracle. John Doerr was an engineer and salesperson at Intel before joining Kleiner Perkins and funding Compaq, Netscape, Sun, Amazon (AMZN), and Google (GOOG). Andy Grove was a researcher at Fairchild Semiconductor (FCS) before cofounding Intel.

These people all became leaders because they were exceptional at something. And that something had to do with developing products and building companies that employed lots of people and created great prosperity. They worked and managed and others naturally followed them. That's what defines a leader. And those are the kinds of people that other leaders reach out to when they need advice.

Here's something else those people had in common. None of them were concerned about whether they would become leaders some day or not. They just worked, did their thing, and when they needed advice, when they hit a bump in the road, they listened to those they respected, trusted, and whose words rang true.

That's exactly what you should do.

Where does leadership come from?How events shape your career: Are you paying attention?

I know, I know. These days there's so much content -- books, blogs, websites, all sorts of stuff -- that offers inspiration, insight, advice. How to be successful? How to get ahead? And my favorite, the title of this article, Do you have leadership potential? Well, here's the thing about questions like that. They're usually answered by folks who aren't leaders.

Who are they? Let me put it this way. If you've never held a management or leadership job in the real business world, if you've never helped to create a real product or build a real company that fuels the economy, then you don't have the experience or the chops to advise anyone, let alone a real executive, on what it takes to be a leader.

For the record, contrary to what you might read or hear, leadership is not preordained, there is no calling and it's not bestowed by any number of degrees. In the real business world, leadership comes from working for a living, managing people and being so good at it that you earn credibility and the respect of others.

So, back to the original question: Do you have leadership potential? I have no idea and neither does anyone else. But if you get to work, you'll find out. If that's not a good enough answer, then the answer is most likely no. That's all there is to it.