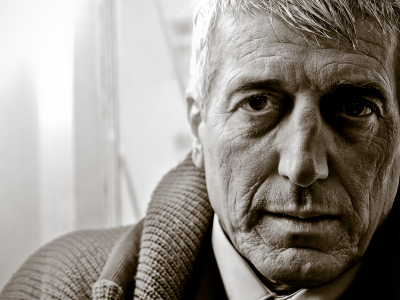 (MoneyWatch) Earlier this year, I wrote about a study from Boston College's Center for Retirement Research(CRR) that suggested the vast majority of households will be financially ready to retire by age 70, and that almost half of households could retire at age 65.

So what are the differences between these two studies? And do either of the results apply to you?

First, it's important to consider that the primary audience for these studies is policymakers and analysts at government entities, nonprofit organizations, and businesses; individuals planning their retirement aren't who these studies are aimed at. Policymakers and analysts need this type of analysis to determine if changes are desirable or needed in government and employer-sponsored retirement programs, and if they need to encourage additional levels of savings.

Second, it's important to realize that any study needs to make a number of assumptions regarding a variety of important factors, such as rates of return on retirement savings, levels of future contributions to retirement savings, the age when people begin drawing their Social Security benefits, how long citizens will live and so on. When reviewing the results of these studies, you need to first determine if these assumptions apply to your circumstances.

For example, the CRR study assumed that citizens would make optimal decisions regarding when to start drawing Social Security benefits and how to deploy retirement savings to generate retirement income, and that people would use their home equity to enhance their security in retirement. Actual experience suggests, however, that most people don't make the wisest choices regarding Social Security commencement and deploying their retirement savings, and that many people don't tap into their home equity to fund their retirement.

But that just won't be the case for the vast majority of Americans, who will need to adopt some combination of working in their retirement years and drastically reducing their living expenses in order to have enough money to live on during their retirement. The number one strategy named by retirees for surviving in retirement is management of their living expenses, and both of these studies confirm that this strategy will be needed for future retirees.

How much longer do you need to delay retirement?
A retirement plan for the working 99 percent
Retiring baby boomers: Dropping out to make every dollar count?
The biggest retirement planning mistake of all

Both studies provide valuable insights to policymakers and analysts. But for individuals, the best advice I can offer is this: Don't draw conclusions about your situation from the headlines. Instead, do your own calculations to determine when you can afford to retire. Save as much as you possibly can. Put plans in place to address the threat of long-term care expenses to protect your retirement from blowing up. And take into account all of the levers you might need to pull to make your retirement successful, including the best time to start Social Security benefits and taking a long, hard look at your budget to see how you can reduce your living expenses.

When you've done the best you can to prepare for retirement, you'll feel more confident about thriving during the most important time of your life -- the rest of your life.