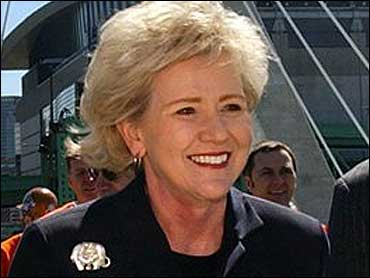 The editor of the New England Journal of Medicine is criticizing the research system, saying science is being compromised by money.

Doctor Marcia Angell is the latest to express concern about how research funding from drug and medical equipment makers is affecting the scientific process.

She raises the questions in Thursday's issue of the journal in an editorial headlined, "Is Academic Medicine for Sale?"

Angell acknowledges that funding from biotechnology and drug companies has helped lead to dramatic advances against many diseases. But at the same time, she says, researchers may be swayed toward more favorable findings on products of companies making the payments.

Angell suggests that major medical schools should adopt a strong, common code for conflicts of interest. She says drug companies should not promote products and offer gifts to students and doctors at teaching hospitals.

Angell pointed to a study of depression treatments in Thursday's issue with an unusually long list of potential conflicts. Its lead author, Brown University psychiatrist Dr. Martin Keller, said in an interview that industry money was badly needed for the large study of 681 patients at 12 sites.

Keller said the personal integrity of scientists helps resist conflicting pressures, and he suggested "a balance between what's reasonable and fair - and what would be so overly strict that it would be restrictive."

His study was funded by drug maker Bristol-Meyers Squibb. Company spokeswoman Tracy Furey said she does not feel that providing research grants necessarily influences the outcome of medical research. Neither she nor Keller would discuss details of personal compensation to researchers.

"When the boundaries between industry and academic medicine become as blurred as they are now, the business goals of industry influence the mission of medical schools in multiple ways," Angell cautioned.

She noted that industry representative subtly sway researchers toward more favorable findings on products of companies making the payments. Angell said researchers may also be focusing on trivial but marketable differences between similar drugs.

Her solution is for medical schools to develop a stronger and more common code for conflicts of interest and should ban writing and speaking arrangements. She suggested that researchers' consulting income could go into a common research pool.

But, Michael Werner, a lawyer for the Washington-based Biotechnology Industry Organization, said disclosure of financial ties and government regulation sufficiently protect the public. He said companies have every reason to shun poor research because of liability and the bad publicity that could result from a recall.

Dr. Jeffrey Drazen, an asthma researcher at Brigham and Women's Hospital, who will replace Angell later this year, came under scrutiny Feb. 24 when the journal disclosed that it had published 19 articles on drug treatmnts without disclosing the his industry links.

Drazen, who has his own ties to the drug industry, had accepted grants or an advisory role at eight companies.