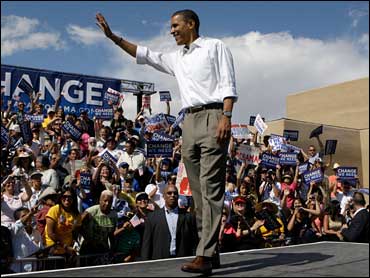 This column was written by CBS News director of surveys Kathy Frankovic.

In every election, people make claims about polls - what they mean, what their weaknesses might be this time around, what the poll consumer needs to be aware of. But not all of those claims are true, including some that figure in many current political discussions. Some claims about possible polling errors even contradict each other!

Consider the belief that polls are understating Barack Obama by about two percentage points, because they are missing all those young voters who are only reachable on cell phones. I will have to deal with that in a separate column; suffice it to say here that many polls, including the CBS News Poll, do call both land-lines and cell-phones. But a competing claim is that polls overstate support for Obama, because Americans are more likely to say that they will vote for an African-American than to actually do it - and, oh yes, some even say that this means that Obama is overestimated by two points or so.

So there are either too few or too many Obama voters. Of course, if both of these statements are true, then the polls -- like Goldilocks - will be just right!

There is a lot we don't know about that second claim. But some recent articles are worth looking at for answers. A good review of the question about possible lying to pollsters, especially racially-motivated lying to pollsters, is Ellen Gamerman's Wall Street Journal report. But many people talk about the "Bradley effect." Tom Bradley was the Mayor of Los Angeles from 1973 to 1993. He was only the second elected black Mayor of a large U.S. city (Cleveland elected Carl Stokes in 1967). In 1982, Bradley ran for Governor of California. Polls before the election suggested he would win; but Republican George Deukmejian beat him in the election.

Thus was born the "Bradley effect." There were other examples in the 1980's too. In 1989 David Dinkins appeared to be coasting to victory in the New York City Mayoral race, but just squeaked by Rudy Giuliani; and four years later Dinkins would lose their rematch. Doug Wilder won his race for the Virginia Governorship that year by a much smaller margin than pollsters predicted.

Discussion of the "Bradley effect" fell by the wayside until Andy Kohut helped to revive it in a much-read New York Times op-ed piece that first appeared on line just after this year's New Hampshire primary. And now, of course, everyone talks or writes about it, including columnists as politically diverse as Paul Kurgman and Robert Novak.

It's important to separate racial voting (voting for or against someone because of their race) from the "Bradley effect," which involves misrepresenting what you intend to do when asked by a pollster. There will be some people motivated by race this fall, but if they report their intended vote accurately, then they aren't creating a "Bradley effect."

The "Bradley effect" of misrepresenting one's vote in polls seems to belong to a particular time and place - to urban America in the 1980's. And there is good reason to think that times have changed.

Daniel J. Hopkins, a Post-Doctoral Fellow at Harvard posted a paper last month that examined 133 state wide elections from 1989 through 2006. He looked at whether what he calls the "Wilder effect" existed for black candidates and for female candidates. Here's a sentence from his conclusion: "In the early 1990s, there was a pronounced gap between polling and [election] performance for black candidates of about 2.3 percentage points." He goes on: "But in the mid-1990s, that upward bias in telephone surveys disappeared." And he gives a good reason for the change: "As racialized rhetoric about welfare and crime receded from national prominence in the mid-1990s, so did the gap between polling and performance." In addition, he notes that some of those poll-election differences in the early 1990's might have been due to the fact that some African-Americans were frontrunners in the polls, and frontrunners sometimes do less well on election day than in the pre-election polls (that's the "underdog effect," also a topic for another day).

Hopkins explains it this way: When the critical issues facing Americans have a racial component, there could be an impact on people's beliefs about African-American candidates and what they are willing to say about them. When political rhetoric changes, and the focus shifts away from race, that changes the way race impacts how we answer polling questions.

If crime and welfare are important concerns, as they were in the 1980's and early 1990's, and if people create an image of who is more likely to commit crimes and be on welfare, topics like these and others can become racially sensitive. When polls have asked whether numerically there are more blacks or more whites on welfare, people tend to say there are more blacks - something that just isn't true! And of course it was fear of black crime - justified or not - that created racial profiling.

Crime and welfare are hardly mentioned now in surveys asking Americans to name the country's most important problem. Economic issues predominate. And race does not have as much to do with that discussion. So operationally, we might see a change in polling, too. Under what circumstances would people feel uncomfortable telling an interviewer they are NOT going to vote for an African-American? Only when they think that the person they are speaking to might object to what they have to say, or they believe their interviewer supports a particular candidate, or if they think their answer might offend the person they are talking to. Respondents do make up an image of the person they are speaking to. It's one reason why pollsters train interviewers to ask questions as written and not to give any indication of their own point of view. And why interviewers are monitored to make sure that they actually do this.

Hopkins' paper reminds us that times change in polling - change isn't just how poll numbers are different at different times, or how sometimes one candidate pulls ahead of the other, and then falls behind. There can be change in the way people answer questions too. While some would argue that the nature of the race has changed - we've never had an African-American leading a major party's presidential ticket before, so perhaps the evidence from statewide races is irrelevant -- the evidence we do have so far seems clear: the "Bradley effect" could very well be a thing of the past.
By Kathy Frankovic 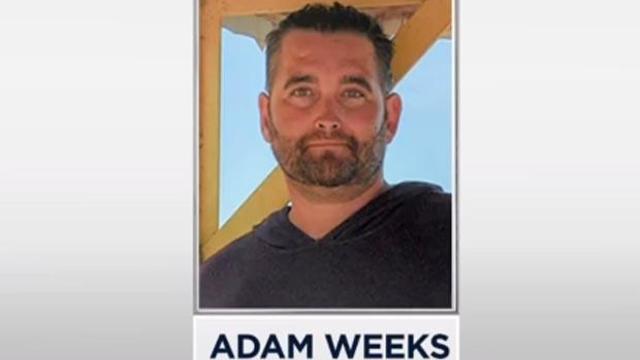 Before death, candidate said GOP asked him to "pull votes" from Dem

The Star Tribune reports Adam Weeks told a friend he was recruited by Republicans to siphon votes away from Democratic Rep. Angie Craig.