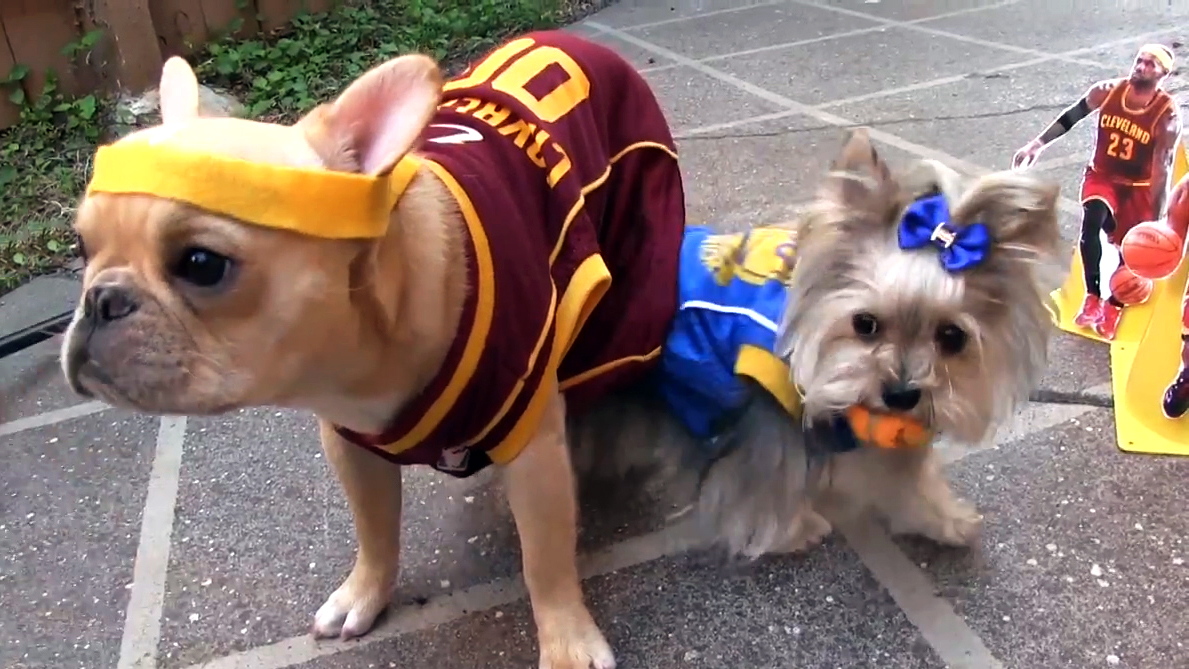 Some of the latest and greatest viral videos include a Yorkie and a French Bulldog in a basketball battle and a man making a hot dog with an 8.5-ton excavator.

The NBA Finals are over. The Golden State Warriors are the new champions. MeSoMiniMisa created this dramatic reenactment of the playoff action using Misa Minnie, a 2.5-year-old Yorkie, and Brody Brixton, an 8-month-old French Bulldog.

In Norway, Statoil gas stations are upgrading the quality of the hot dogs they sell. So, to celebrate, they hired a man to assemble one of the tasty meat treats using an 8.5-ton excavator. And, if that weren't impressive enough, he also uses the giant machine to feed the creation to his friend.