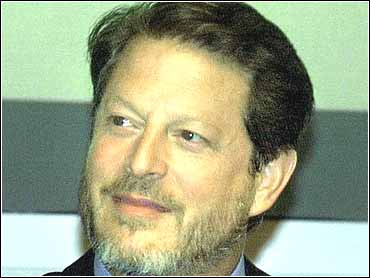 In his latest Against the Grain commentary, CBSNews.com's Dick Meyer charts the return to the headlines of two familiar political faces.


Thank God for small certainties and the things that never change. Like Bill Clinton and Al Gore.

They have each choreographed little resurrections during the political news vacuum that is August in Washington. And they have each displayed – once again – their quintessential public characters.

After cloistering himself since Florida, Gore intended to have his "I'm Back" event at a Nashville program to groom young Democratic pols later this month. But that plan got mangled when pictures appeared of Gore in Europe sporting a new beard.

A beard on Al Gore? Shades of earth tones; echoes of alpha male. One more image to try on.

The official arbiter of who's cool in politics and who's not, Maureen Dowd, pounced instantly in The New York Times. She fried him good with clever comparisons to Pepe LePew and Orson Welles.

More ominously, just one page over, the Times' lead Sunday editorial seemed to be asking Gore not to run in 2004. It said, "If Mr. Gore decides to opt for being a sort of elder statesman rather than a presidential hopeful, he will never have to hear another critique of his wardrobe."

The beard pictures ran in all the newspapers and news mags, rarely with flattering commentary. At around the same time, there was a curious blitz of stories that had quotes from unnamed Democrats criticizing Gore for not attacking George W. Bush on the environment and campaign finance. (Personally, I have not heard anything but gratitude from Democrats for Gore's forbearance.)

So Gore's reentry was wrecked, but in a perfectly Gore-esque way. Again, his fatal flaw – a tendency toward calculated spontaneity and rootless reinvention – was revealed with all the clarity and inevitability of a Greek tragedy.

Clinton's case, as always, is shabbier. His comeback party in Harlem went off without a hitch, of course. It was a smashing success, a technicolor political rally entirely inappropriate for a former president. It was a scene straight out of "Primary Colors."

That set the table for the real news: a $10 million book deal (maybe more, it has been reported).

Clinton has every right to get as much as possible for his books, and his speeches for that matter. But couldn't he have tempered his buck-raking by some kind of do-gooding? Shouldn't he, by this point in his ex-presidency, give some indication of what his contribution to the world might be beyond making money?

Clinton's Harlem rally marked the end of his penance from the midnight pardons and plea bargains of his last dys in office. He used the Clinton touch to pave the way for the announcement of a huge book deal, not for an unveiling of Citizen Clinton's new agenda. After months and months of getting hundreds of thousands of dollars for speeches to groups he often won't reveal, he could have at least spent an hour at a Habitat for Humanity construction site like Jimmy Carter.

But why should he? He's done nothing illegal. And the market for Bill Clinton products still seems robust.