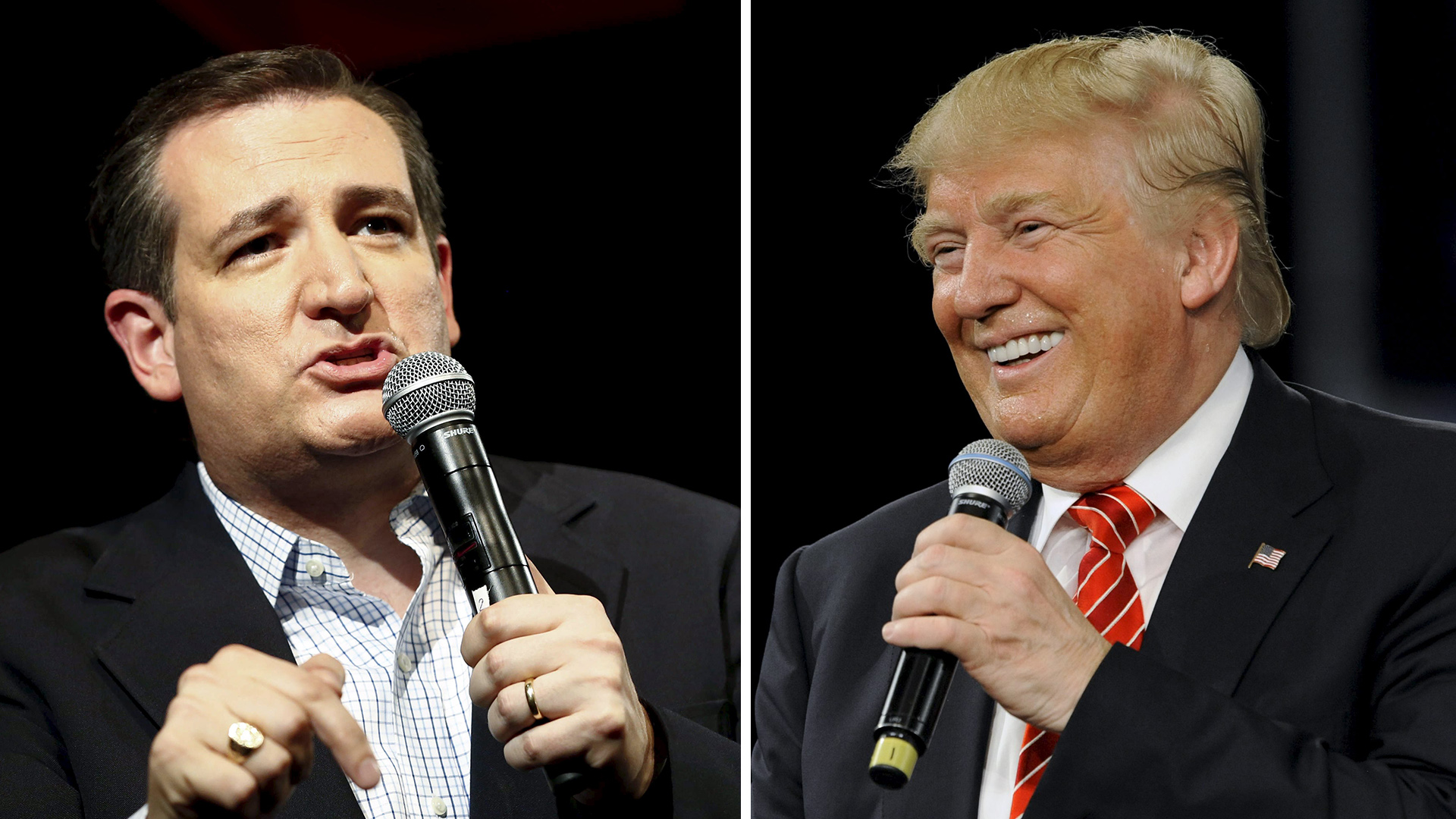 "Well, I think it's really a waste of time, honestly," Trump told Fox News' Greta Van Susteren at a town hall-style event in Indianapolis. "Number one, it's very early. You're not supposed to be doing it this early."

Cruz, in an effort to flip the script after a particularly rough showing in Tuesday's primaries, tapped Fiorina as his theoretical running mate Wednesday. Fiorina, the former Hewlett Packard CEO and 2016 hopeful, endorsed Cruz back in early March.

The pair appeared together at an event in Indiana, which Cruz and the national anti-Trump forces see as their last chance to keep Trump from getting the 1,237 delegates necessary for the GOP nomination.

Trump said Cruz only made the announcement because he's been "totally taken out" of the "news cycle" after Trump won a clean sweep of the five Northeastern states that voted Tuesday.

"He picked up no delegates," Trump said of Cruz. "He got nothing and I think he wanted to do something to get out of that negative cycle, and in that sense it was probably good for him -- but people will not like it."

The GOP businessman and front-runner said similar things at a rally in Indianapolis after the town hall had taped.

At the town hall, Van Susteren asked Trump to outline his own plan for vetting and rolling out a vice presidential pick. "Well, I have a lot of great people, but I'd like to finish the deal first," he said, adding that "you first have to get the nomination" before announcing a running mate.

Trump continues campaigning in Indiana Thursday morning, then heads to California for a rally in Costa Mesa Thursday evening.