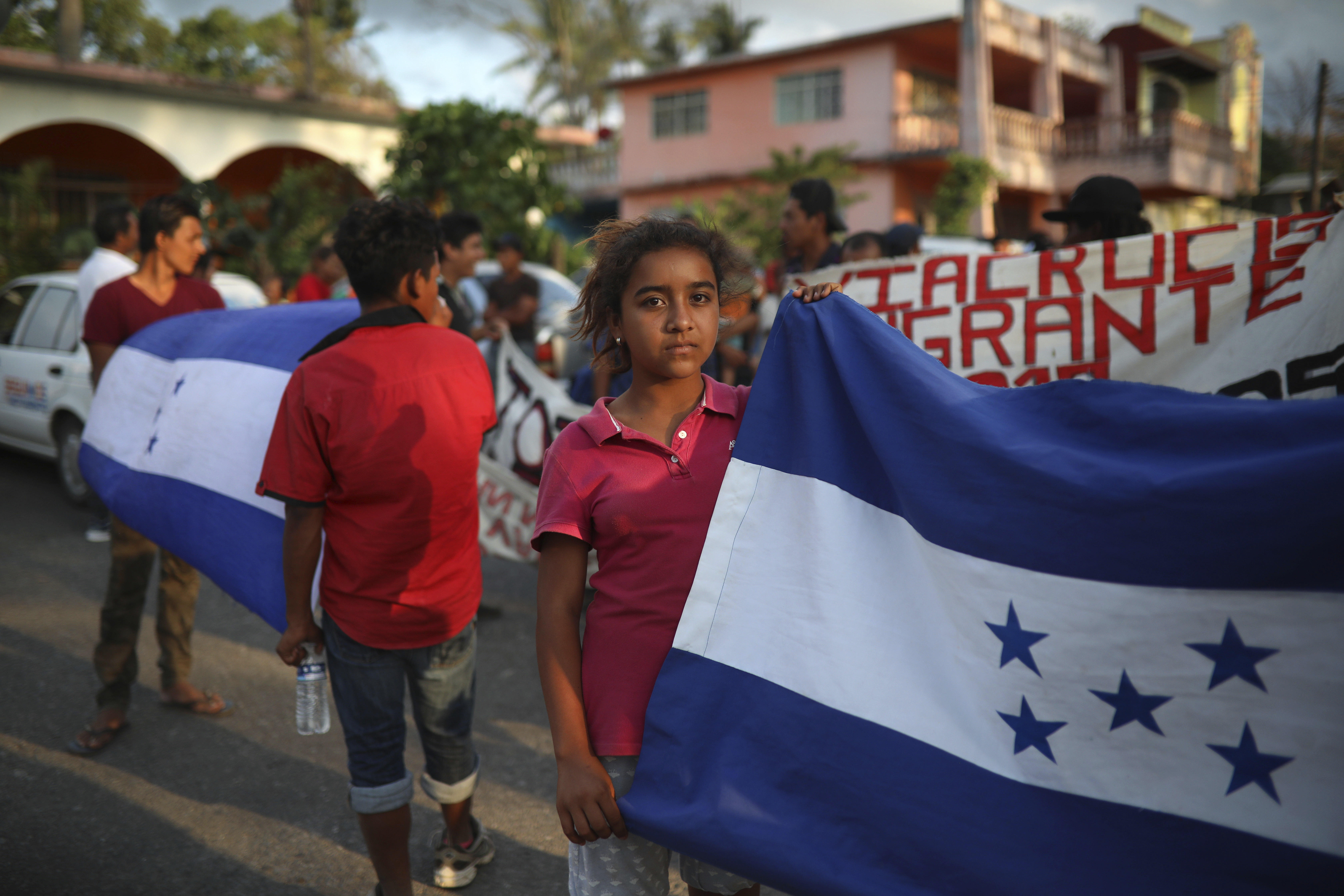 MATIAS ROMERO, Mexico -- President Donald Trump's angry comments about a caravan of migrants ricochet around like a soccer ball in the dusty athletic complex in southern Mexico where the 1,000 or so Central Americans have camped since the weekend. Mr. Trump's words have confused and befuddled families here, some of whom never intended on going all the way to the United States after the end of the "Stations of the Cross" caravan. It is a symbolic event held around Easter each year to raise awareness about the plight of migrants and has never left southern Mexico, though some participants then continue north on their own.

Even coordinators of the caravan seemed to misunderstand the debate in the U.S. when Mr. Trump's endorsed a "nuclear option" for pushing funding for his border wall through Congress. They told worried families Tuesday that the U.S. president had floated the idea of using a nuclear weapon against the caravan of mostly women and children who have fled violence in Central America.

Sitting on a thin foam pad and trying to corral her sons, 2-year old Jonathan and 6-year-old Omar, Gabriela Hernandez wondered aloud at what Trump must think of them.

"I see it as something really sad, because I don't understand how a child this age can make things difficult for him," said Hernandez, a 27-year-old who is two months pregnant.

She would like to get into the U.S., where she has a cousin in Houston. Crime in Honduras was so bad that she decided to embark on the difficult a journey across several international borders with two young asthmatic sons, the younger of whom is now sick and on antibiotics.

In the minds of Hernandez and many of her fellow travelers, the risks they have taken should be an indication of how unsustainable their circumstances are back home. Hondurans predominate in this year's caravan, but it includes families from Guatemala and El Salvador as well.

"The big Caravan of People from Honduras, now coming across Mexico and heading to our 'Weak Laws' Border, had better be stopped before it gets there," Trump tweeted.

After hearing that Mr. Trump raised the possibility of sending troops to defend the U.S. border, Irineo Mujica, coordinator of the caravan, gathered the camp's women and children around him and asked which of them Mr. Trump was afraid of.

"All of the women, children come fleeing violence," Mujica said. "These children are not soldiers."

Late Tuesday, the first migrants began receiving documents from Mexican immigration authorities. Some give them 20 days to transit the country on their way to the U.S. border with the stated goal of applying for asylum. Others got papers in a first step toward a humanitarian Mexican residency visa for especially vulnerable people or a start to the application process for asylum in Mexico.

Mayra Zepeda, 38, of Honduras, said that once she gets documents to cross Mexico, she and her husband will continue their journey toward the border city of Tijuana. She said they hope to find better paying jobs there and aren't planning to try to cross into the U.S.

The couple left Honduras in December after incumbent President Juan Orlando Hernandez was declared the winner of a contested election. The factory where she made T-shirts for export closed due to the weeks of instability that followed the election, she said.

She and her family stopped in the Mexican town of Tapachula at the Guatemala border for three months and she worked in a restaurant. When the caravan came together there they saw it as a good opportunity to make a move with safety in numbers.

On Tuesday afternoon, she cooked a cauldron full of sliced squash and eggs over an open fire for the caravan's security team, volunteers who keep an eye on things.

"Honestly, I want to be Mexican," Zepeda said. "We're not going to cross. We're just going to stay here."

Others were not so fortunate on the first try.

Jose Carlos Lanza, traveling with his pregnant wife from Honduras, rushed forward when his name was called Tuesday only to find that they had got one letter wrong in his name, making his permit to travel across Mexico worthless and potentially delaying him for another day. The problem was that someone was already en route to pick him up and take him to the U.S. border.

Earlier Tuesday, Lanza said the U.S. government was ignorant about the migrants' situation.

"They don't see that the majority of the people here are children and women," he said. "I think it's stupid because the only thing we are looking for is safety for our family and it's not fair that they treat us like terrorists."