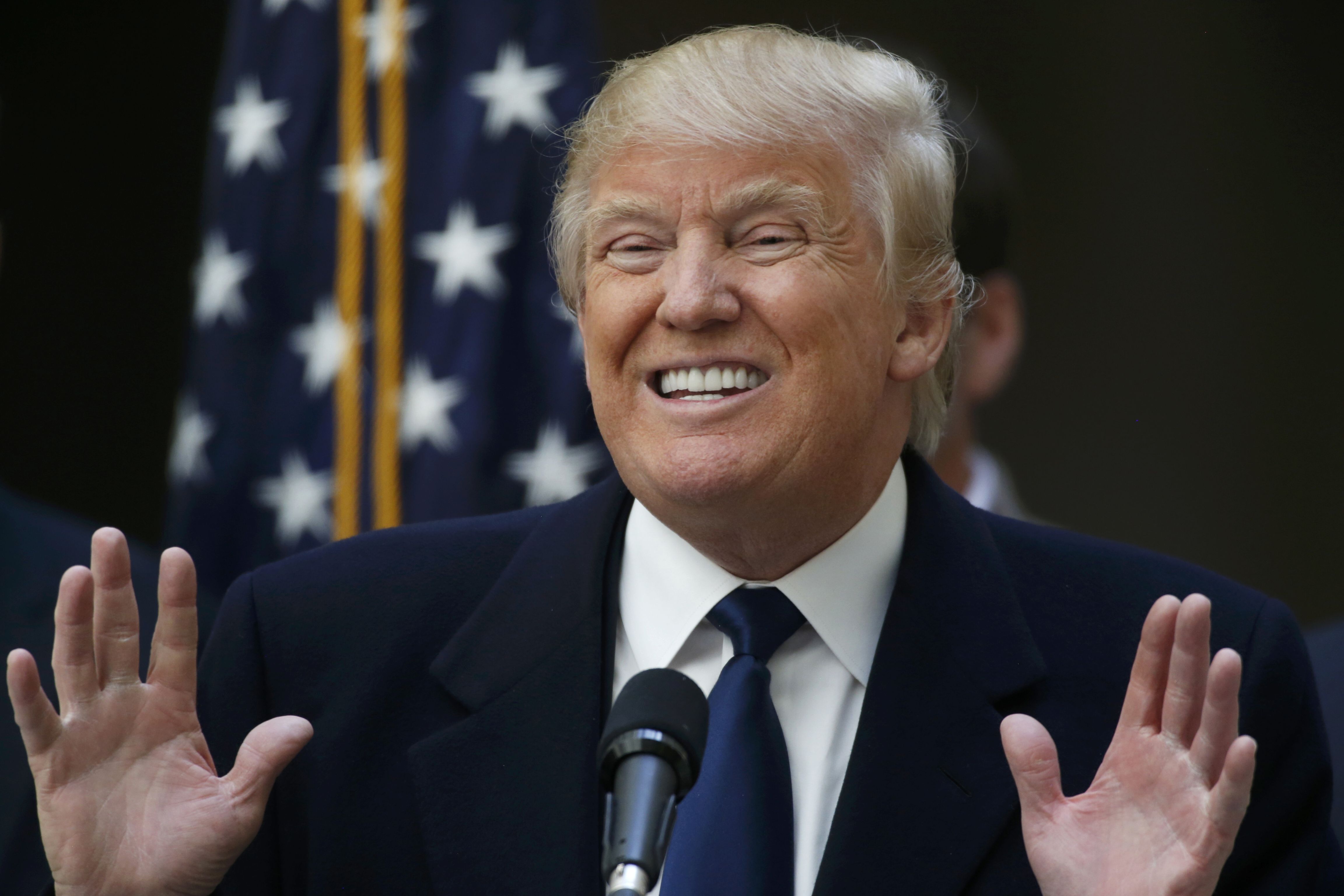 Republican front-runner Donald Trump has come under fire for his past sexist comments, but on Monday he chalked up those remarks to "show business."

During a televised town hall on CNN, Trump was asked about an attack ad aired by the anti-Trump group Our Principles PAC. The ad shows women reading a series of derogatory remarks the GOP candidate has made about women. For instance, one woman reads a remark that Trump made last year about his former GOP opponent Carly Fiorina: "Look at that face. Would anyone vote for that?" Another quote comes from an interview Trump gave in 1991: "It really doesn't matter what they write, as long as you've got a young and beautiful piece of a**."

Speaking with CNN's Wolf Blitzer, Trump insisted his past language isn't coming back to haunt him.

"I think people understand," he said. "I think people -- first of all, half of that was show business." He specifically referenced his mean-spirited remarks about actress Rosie O'Donnell and comments he made on his television show "The Apprentice."

"But I think people understand," Trump continued. "Look, these politicians, I know them. They say far worse when they're in closed doors or where they're with a group of people that they trust."

The GOP front-runner rightly pointed out that groups like Our Principles spent millions airing this attack ad and others against Trump in Florida. "You know what, I won by a record landslide. Pretty amazing," he said.

Trump insisted the remarks highlighted in the Our Principles ad don't reflect his real opinions.

"Nobody respects women more than I do," he said. "Nobody takes care of the women -- and they take care of me because they do such a great job."