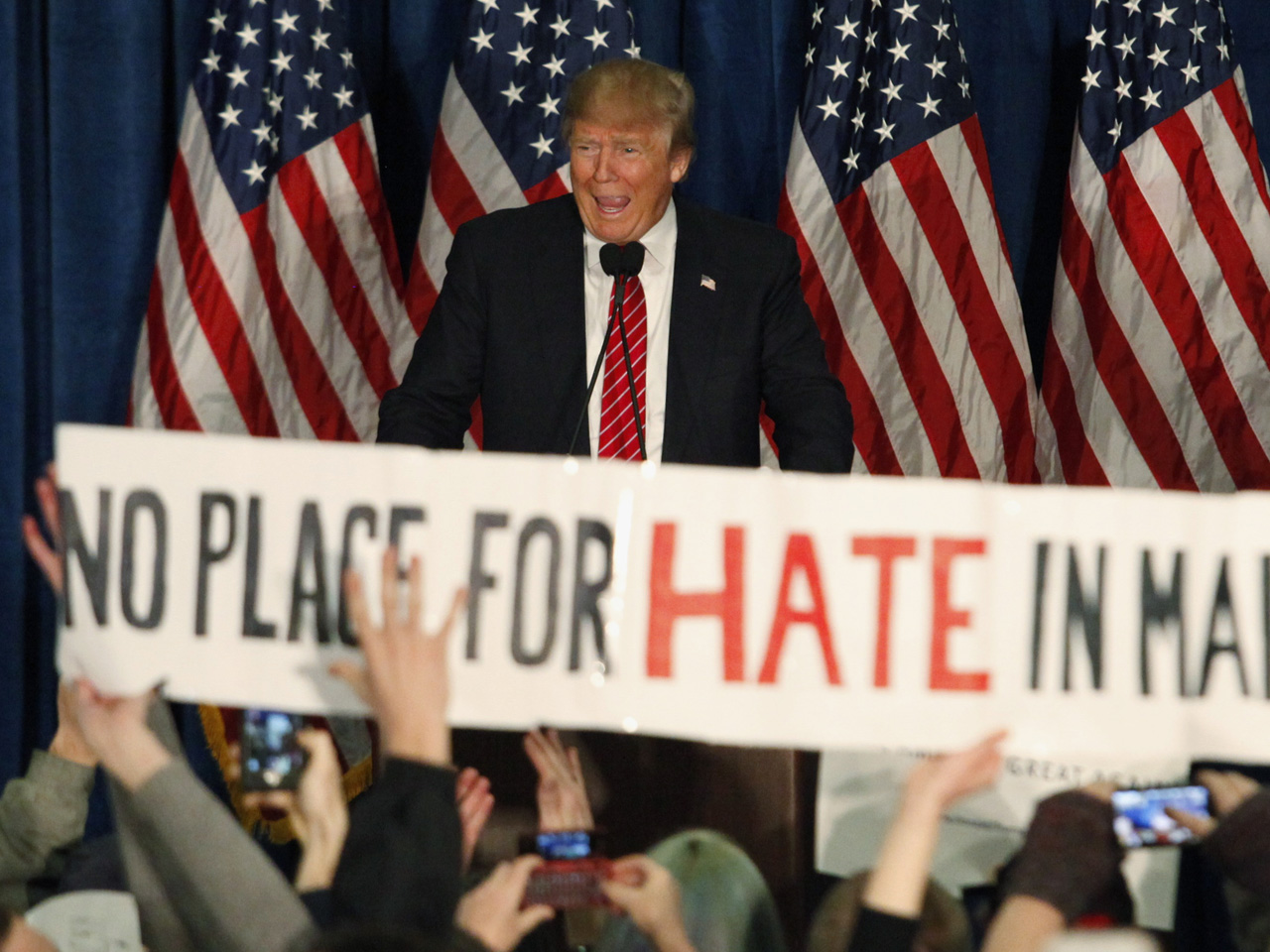 Donald Trump said Thursday that Mitt Romney begged him for his endorsement in the 2012 presidential election.

Just hours after Romney blasted Trump in a speech at the University of Utah, Trump addressed the GOP's 2012 presidential nominee at his rally in Portland, Maine.

"Mitt is a failed candidate ... he failed horribly," Trump said. "I backed Mitt Romney. You could see how loyal he is. He was begging for my endorsement. I could've said, 'Mitt, drop to your knees,' and he would've dropped to his knees. He was begging. He was begging me."

Before Trump's rally started, Romney said if Trump had made his controversial comments four years ago, he wouldn't have accepted his endorsement.

During the rally, Trump directed security officials several different times to remove protesters who continued to interrupt the event.

Trump said Romney was a "disaster" as a candidate four years ago and said Romney made a smart decision to not run again this year.

In Utah Thursday morning, Romney cast Trump as unfit to serve as president and warned that his proposed policies would cause the U.S. to enter into another recession and would make the country less safe.

He said the other remaining GOP presidential candidates are the only qualified contenders.

"I would vote for Marco Rubio in Florida, for John Kasich in Ohio, and for Ted Cruz or whichever one of the other two contenders has the best chance of beating Mr. Trump in a given state," he said. "One of these men should be our nominee."

If Trump wins the nomination, Romney said that would likely lead to Hillary Clinton winning the White House in November. He slammed Clinton's record as secretary of state, saying she "compromised our national secrets, dissembled to the families of the slain, and jettisoned her most profound beliefs to gain presidential power."

"A person so untrustworthy and dishonest as Hillary Clinton must not become president. But a Trump nomination enables her victory."

Romney's 2012 running mate, Speaker Paul Ryan, R-Wisconsin, also reacted to Trump on Thursday. Trump issued an odd threat against him on Tuesday in which he suggested there would be repercussions if Ryan doesn't cooperate with him if he wins the presidency.