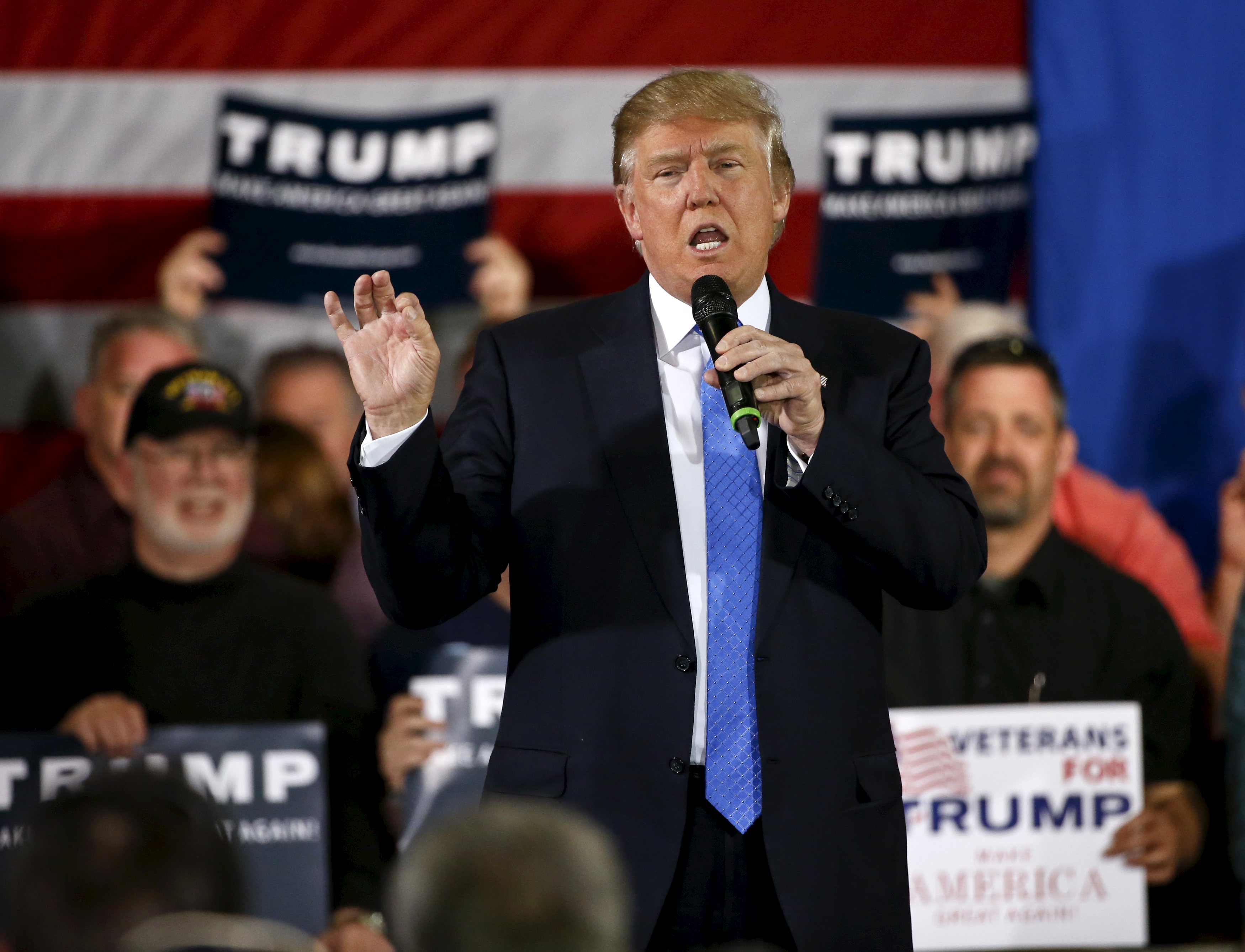 Donald Trump said Wednesday that abortions should be banned and that there "has to be some form of punishment" for women who undergo the procedure, though he later issued two statements regarding those remarks.

In a pre-taped segment for an MSNBC town hall that will air Wednesday night, host Chris Matthews asked the GOP frontrunner if women should be punished for having abortions.

"I would say it's a very serious problem and it's a problem that we have to decide on," Trump initially said.

Asked what his proposal to ban abortion means, Trump said "I am against. I am pro-life. Yes. I am pro-life." But Trump failed to explain how he would actually ban the procedure.

"You know, you'll go back to a position like they had where people perhaps will go to illegal places," he said when asked how he would outlaw it. "But you have to ban it."

Matthews eventually asked Trump if he believes in punishment for abortion as a principle.

"The answer is there has to be some form of punishment," Trump said. "For the women [who have abortions]?" Matthews followed up. "Yes," Trump responded.

Matthews then asked Trump, "10 days or 10 years" and Trump said, "I don't know. That, I don't know," adding that this is a "very complicated position."

After the clip of that segment aired, Trump issued a statement around 3:40 p.m. ET.

"This issue is unclear and should be put back into the states for determination. Like Ronald Reagan, I am pro- life with exceptions, which I have outlined numerous times," Trump said.

An hour and 15 minutes after the first statement, Trump's campaign issued a more formal statement in which he reversed himself, saying women shouldn't be punished.

"If Congress were to pass legislation making abortion illegal and the federal courts upheld this legislation, or any state were permitted to ban abortion under state and federal law, the doctor or any other person performing this illegal act upon a woman would be held legally responsible, not the woman," Trump said. "The woman is a victim in this case as is the life in her womb. My position has not changed -- like Ronald Reagan, I am pro-life with exceptions."

During a pre-taped interview that will also air during MSNBC's town hall, host Chuck Todd asked anti-abortion Ohio governor John Kasich if he would punish women who get abortions.

"Absolutely not," Kasich said. "I do have exceptions for rape, incest and life of the mother but of course women shouldn't be punished. Look, you know -- I think probably Donald Trump will figure out a way to say that he didn't say it or he was misquoted or whatever but I don't think so. I don't think that's an appropriate response and it's a difficult enough situation then to try to punish somebody."

Asked how abortion could ever be banned, Kasich said, "I think it's rape, incest, life of the mother, and you build some restrictions around it, but I think you have to be very careful in the way you do it. We're a long way from there."

Sen. Ted Cruz also weighed in, saying that Trump had "once again...demonstrated that he hasn't seriously thought through the issues, and he'll say anything just to get attention."

"Of course we shouldn't be talking about punishing women; we should affirm their dignity and the incredible gift they have to bring life into the world," Cruz said in a statement.

Trump has admitted during this presidential election that he had once been pro-abortion, but is now strongly anti-abortion. While his opponents, however, have blasted Planned Parenthood, Trump has actually defended the organization for some of the other health services it provides to women.

Just last month, Ted Cruz released a campaign ad that targeted Trump's previous position on abortion. It used footage from an interview Trump did on "Meet the Press" in 1999 where he says, ""I'm very pro-choice" and says he would not ban partial-birth abortions.