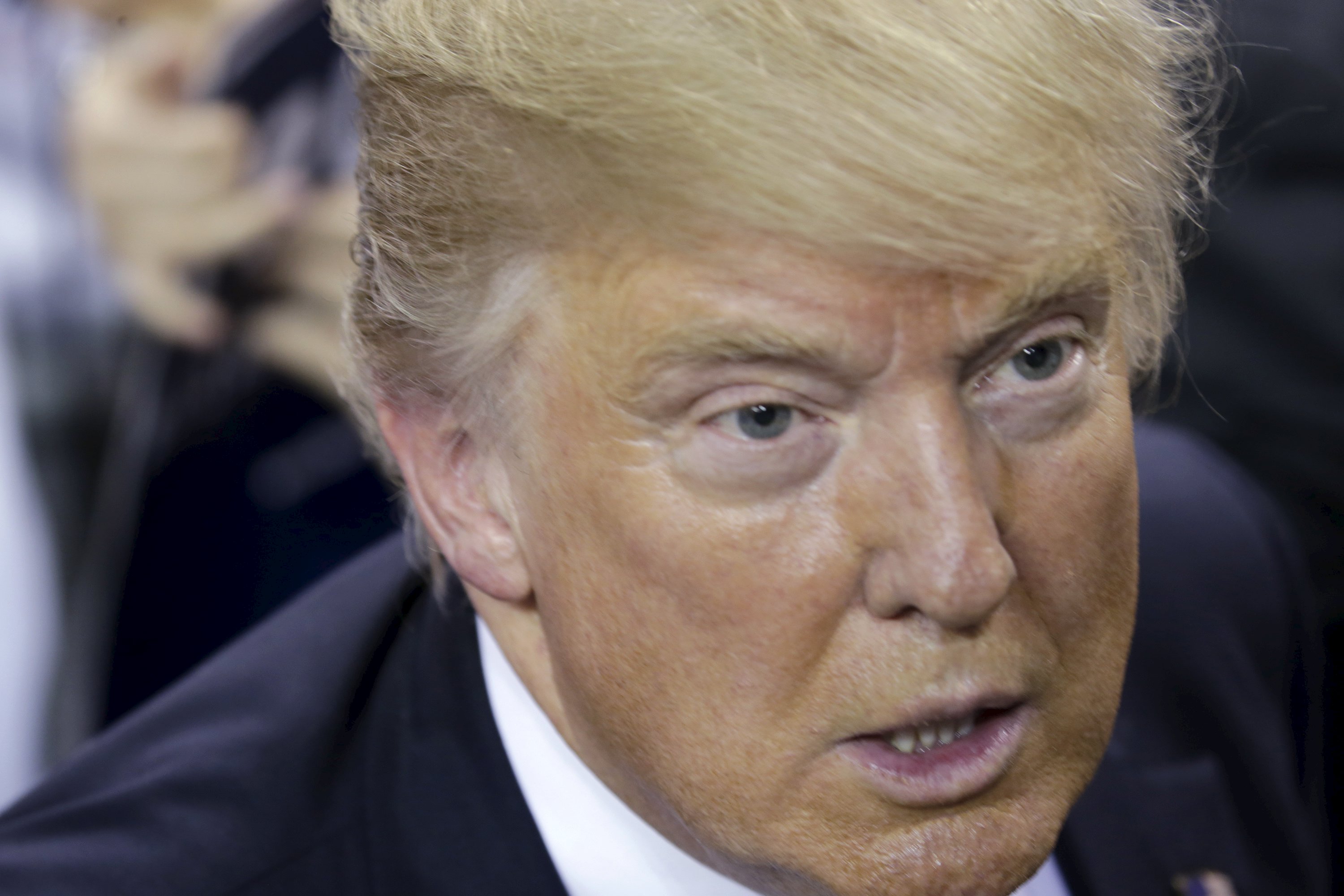 Or, to use the terms Trump preferred, "flavor" and "excitement." The event finished hours before a scheduled rally in Chicago was cancelled at the last minute due to security concerns.

Trump's campaign may be swirling in controversy about the tenor and escalating violence of his rallies, but the Republican frontrunner reveled in the steady flow of protestors and violent incidents that keep happening at his campaign events.

"It's been pretty exciting," Trump concluded at the end of an hour long appearance at St. Louis City Hall. "I think I set a record with these wise guys."

In a rollocking speech, Trump acknowledged that "a couple of incidents" have unfolded at his campaign events -- including formal charges leveled yesterday against an elderly supporter who sucker-punched a protestor in North Carolina. But Trump chalked it all up to "enthusiasm."

"A lot of enthusiasm," he said. "Frankly, we are not angry people. But we do get angry when we see the stupidity with which our country is run and how it's being destroyed. Stupidity."

Less than 10 minutes after Trump took the stage, as he was in the midst of a complaint about how the media does not portray his rallies as "love-fests," protestors sprang up from all corners of the room.

Holding court at his podium and flailing his arms, Trump yelled directives as police officers gingerly tried to remove Black Lives Matters protestors. One group disrupted Trump's speech for nearly 15 minutes, spanning two rows and intertwining their arms to create an impenetrable circle, yelling "STOP THE HATE" and waving signs that read "NOT YOUR LAZY BLACK."

The corridors of City Hall were a picture of mayhem.

Police officers handcuffed protesters who chanted "Dump Trump." Others were escorted down the City Hall's marble staircase by police, holding their hands in the air all the white. Outside, protestors and Trump supporters exchanged vulgarities and middle fingers.

One man who was handcuffed while he played dead was carried out by 6 police officers in a corpse position. A frightened 13-year-old sprinted out of the venue in tears, yelling at her mother that what she had just seen - a black man facedown on the aisle of the auditorium -- "was disgusting."

Trump seemed pleased by the chaos.

"Thank you, thank you," he said to the countless police men and women working the venue. "Honestly. Can I be honest with you? It adds to the flavor. It really does makes it more exciting. Isn't this better than listening to a long boring speech you can hear that from the other candidates?"

Minutes before Trump concluded his speech, something in the balcony caught Trump's attention. Mid-sentence, he narrowed his eyes and caught a glimpse of potential protestors. The consummate showman and ratings-hound told the crowd what he had just seen.

"They're so quiet now," he said. "They're in the room but they're really enjoying the speech," Trump claimed of the remaining protestors. "The one guy just stood up and the other guy pulled him down. He wanted to listen to me. I'm telling you, we've come a long way folks."