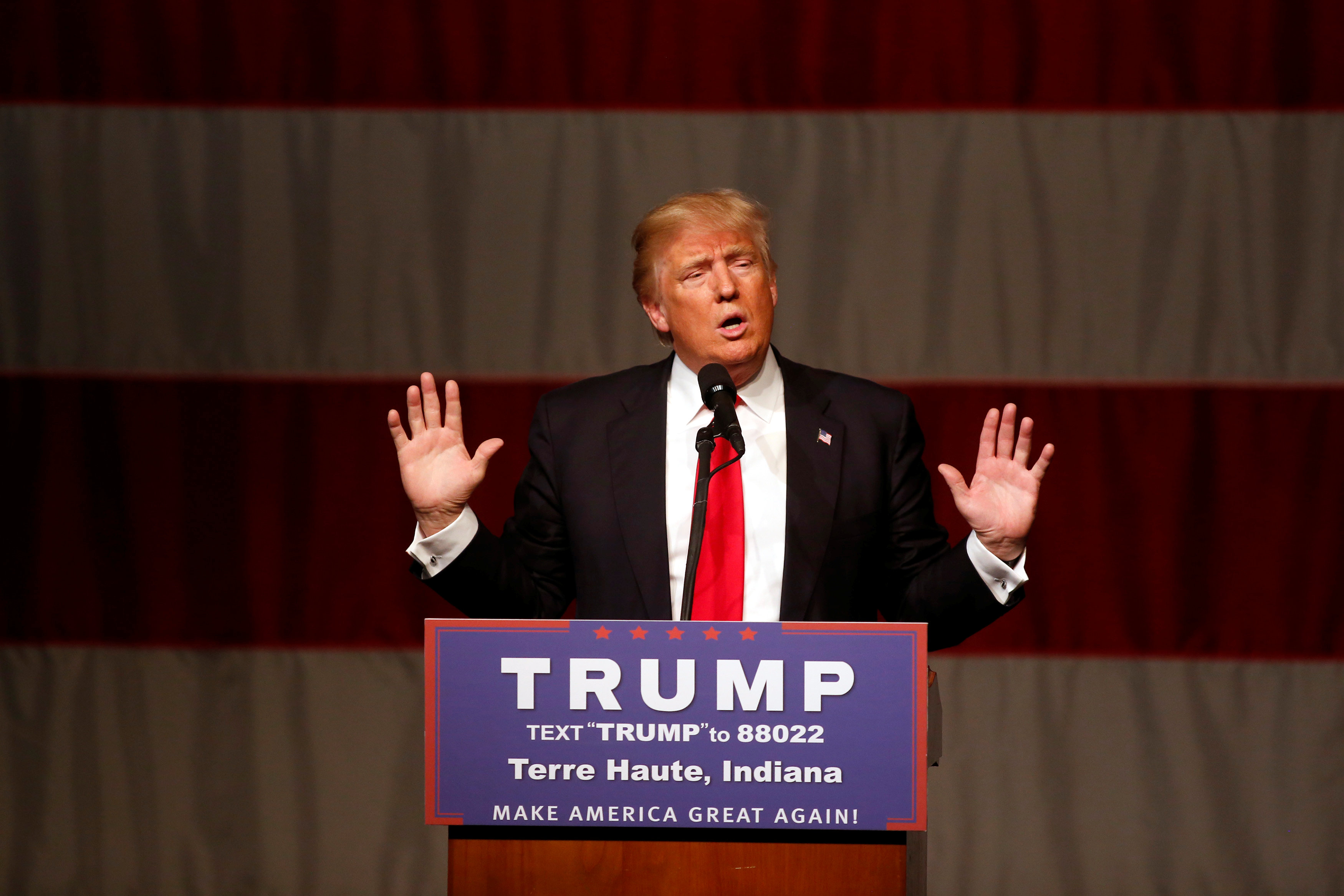 Donald Trump said Thursday morning that the disappearance of EgyptAir Flight 804 on Thursday looked like it was a "terrorist attack."

The presumptive GOP presidential nominee shared his assessment on Twitter early Thursday morning when officials said they believed the plane had crashed into the Mediterranean Sea.

It was EgyptAir flight 804, which was flying from Paris to Cairo with 66 passengers and crew onboard that crashed off the Greek island of Crete.

Later in the morning, Egypt's Aviation Minister Sherif Fathy said at a press conference in Cairo that there was a "stronger" likelihood that it was terrorism that brought down the missing plane rather than a technical failure.

Greek and Egyptian officials said the plane made abrupt turns and suddenly lost altitude before vanishing from radar at about 2:45 a.m. Egypt time. The aircraft was about 10 to 15 miles inside Egyptian air space, Greek defense minister Panos Kammenos said.

The chairman of the National Transportation Safety Board, Mark Rosenker, who is also a CBS News transportation analyst, said that whatever caused the plane to disappear happened at cruising altitude -- about 37,000 feet, and "very, very few accidents occur at that altitude, about 10 percent."

Law enforcement sources told CBS News the FBI would offer assistance to investigators in the crash, which they also offered to the Russians in the investigation of the Metrojet crash last year. CBS News correspondent Jeff Pegues says the FBI is known to have some of the most skilled bomb technicians on the planet, and their dive teams and evidence response teams are also among the best.

President Obama was briefed on the crash by Lisa Monaco, assistant to the president for homeland security and counterterrorism.

"The President asked to be updated throughout the day as the situation warrants, and directed Administration officials to reach out to their international counterparts to offer support and assistance," a White House official said.