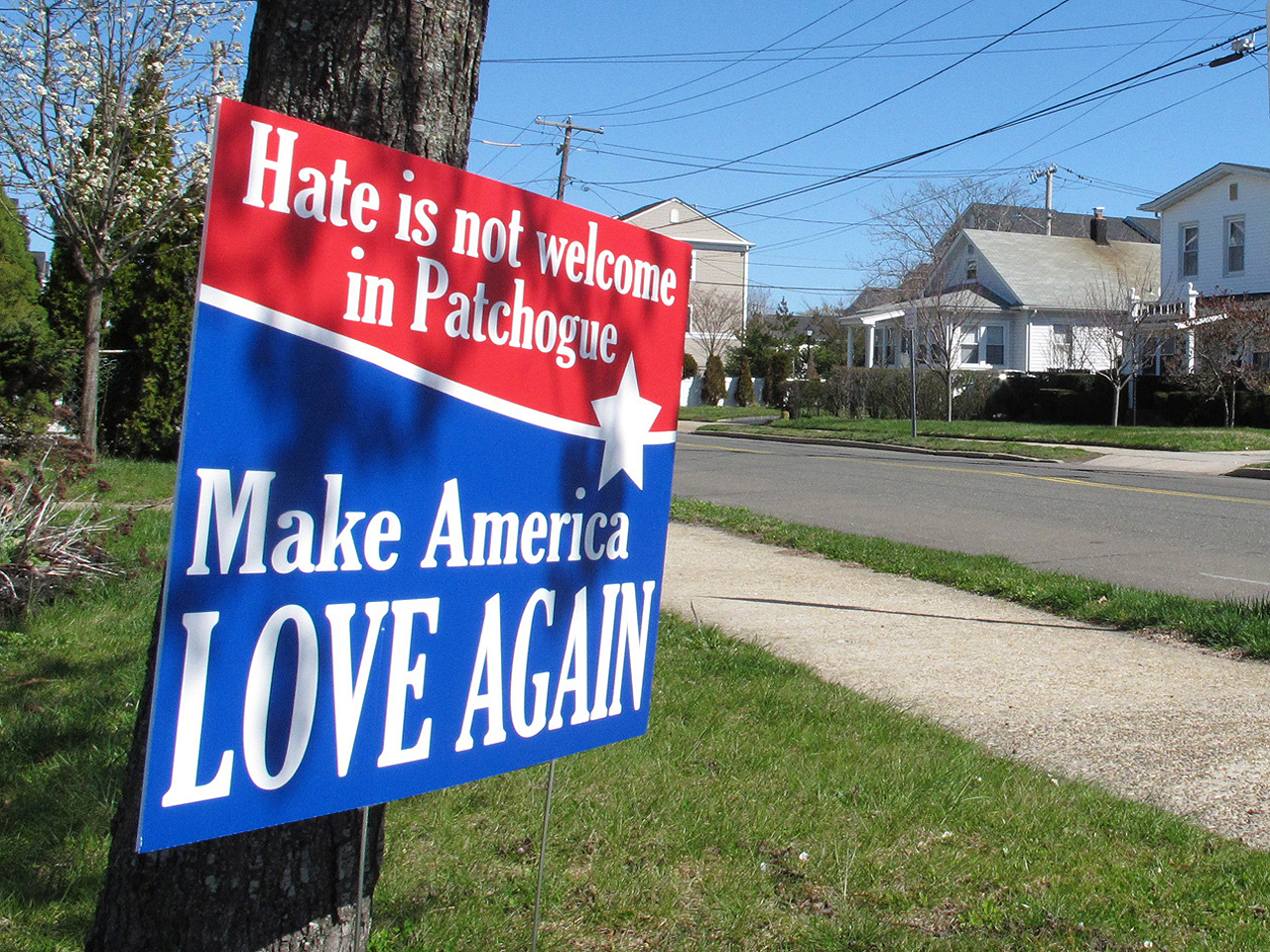 PATCHOGUE, N.Y. -- By all accounts, tensions between Latino newcomers and whites have eased in the nearly eight years since a vicious hate-crime stabbing left an Ecuadorean immigrant dead.

Trump's planned appearance at a GOP fundraiser on Thursday just blocks from the site of the attack has ignited protests from Latinos, who fear the billionaire's tough talk against immigrants could open old wounds and undo the progress that's been made in the Long Island community.

"If he comes, there might be a toxic environment again. Maybe something bad happens," said 23-year-old Jocelyn Fajardo, who was born in New York City to Ecuadorean parents. "Trump puts U.S. people against us, Latinos. He divides people."

Joselo Lucero, whose brother was killed in the 2008 attack, says Patchogue is the wrong place for Trump to visit. "My community has suffered so much discrimination."

So far, there's been no comment on the controversy from Trump, who caused a firestorm on the first day of his campaign when he labeled illegal immigrants from Mexico as rapists and criminals, and he has repeatedly promised to build a massive wall along the border.

"I feel like that's the only thing he talks about," said businessman Angel Zhicay, 50, who is from Ecuador.

Thursday's gala to raise funds for Republican candidates across eastern Long Island is being held in a nightclub about 200 yards from the intersection where 37-year-old Marcelo Lucero was confronted by a gang of teens who admitted they regularly targeted Hispanic immigrants. They called the altercations "beaner hopping."

Lucero was walking with a friend when the teens began yelling ethnic slurs and approached them. Lucero hit Jeffrey Conroy, then 17, in the head with a belt. Conroy lost his temper, took out a folding knife and fatally plunged it into Lucero's chest.

Conroy was convicted of manslaughter as a hate crime and was sentenced to 25 years in prison. The six others pleaded guilty to lesser crimes.

At the time of Lucero's slaying, police acknowledged there had been a tense atmosphere in the town of nearly 12,000, including attacks on immigrant day laborers, but they say tensions have noticeably subsided. Last month, the top prize in the town's annual St. Patrick's Day parade went to a group of Ecuadorean step dancers.

"As much as one might hear that hateful echo in Trump's words today, it does not negate his right to speak," Long Island newspaper Newsday said in an editorial Wednesday. "More important, his trip is a chance for Patchogue to tell the story of its progress."

Activists are planning protests leading up to and during Trump's appearance. This week at the site of the slaying a sign reads: "Hate is not welcome in Patchogue. Make America Love Again."

John Jay LaValle, chairman of the Suffolk County Republican Committee, said Thursday's event was scheduled more than two months ago and he invited every Republican candidate. He said Trump, who was recently endorsed by the county GOP, accepted only last week.

"While we offer the greatest empathy possible to the family of Marcelo Lucero," LaValle said, "We can't help but to be suspicious of the motives of those leading the charge to connect that vicious hate crime with Mr. Trump's commitment to enforcement of immigration laws that have gone largely ignored by both parties for 30 years."

Felix Diaz, 47, an immigrant from El Salvador who owns his own landscaping business, said he hopes Trump cancels.

"He talks about separating families", Diaz said of Trump. "I have two kids who are here undocumented, but I am not speaking for them only. I am speaking for the whole Latino community. Even if someone would pay me to go, I would never go and listen to him."