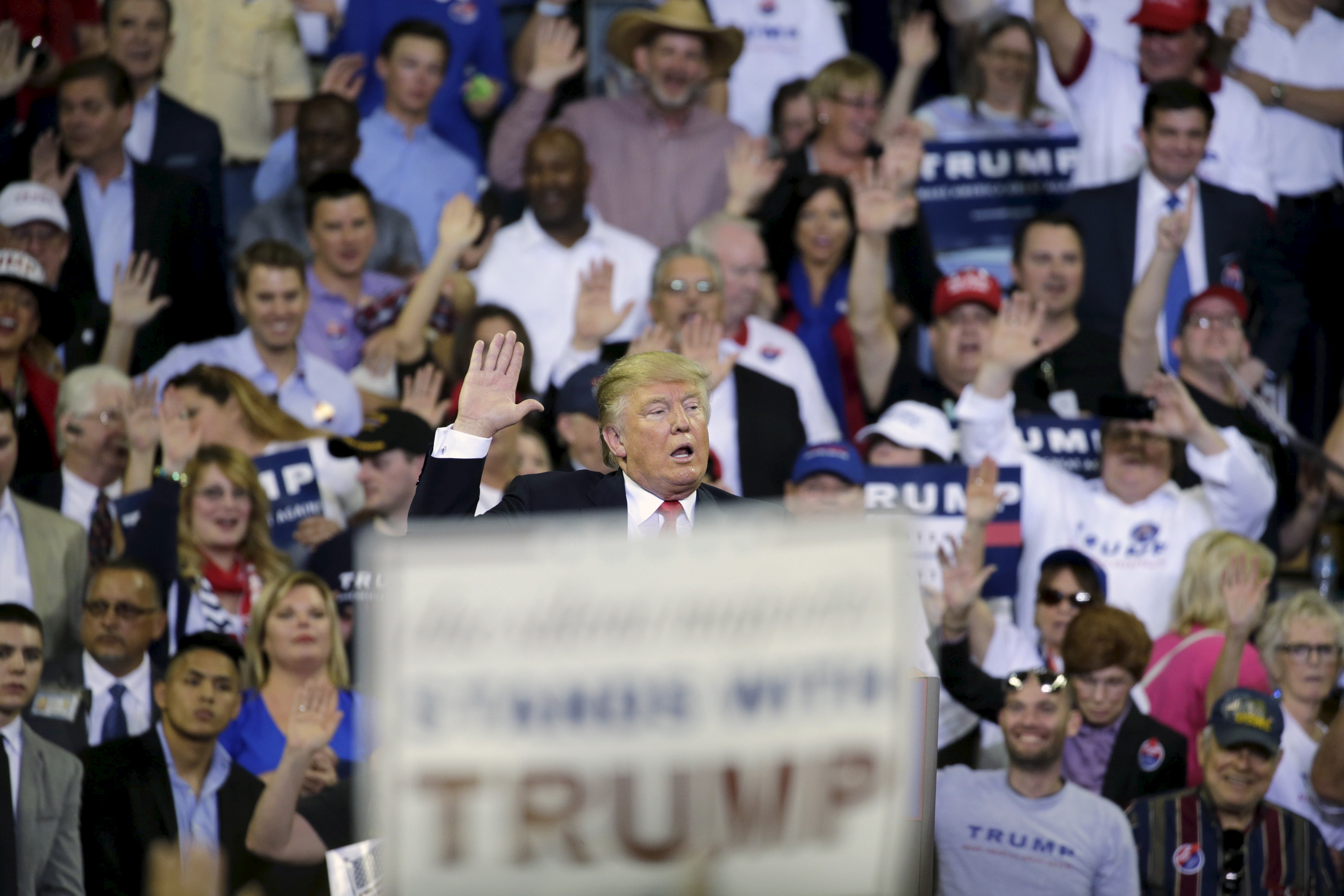 Donald Trump on Tuesday rejected comparisons people have made of him to Adolph Hitler.

"I don't know about the Hitler comparison. I haven't heard that. But it's a terrible comparison, I'm not happy about that certainly. I don't want that comparison," Trump said on ABC's "Good Morning America."

Trump has recently started to ask voters at his campaign rallies to raise their right hands and pledge to vote for him -- a sight that people have compared to the Nazi salute "Heil Hitler."

The GOP frontrunner, however, claimed he had no idea that it has offended people.

On MSNBC's "Morning Joe," Trump was asked whether he is trying to emulate Hitler.

"I say jokingly, 'Raise your hand if you swear to endorse me,' " he added. "The entire place is practically laughing and having a good time. They're raising their hands in the form of a vote, not in the form of a salute."

Asked if he would stop calling on voters to make that pledge, Trump told NBC's "The Today Show," "I mean I'd like to find out that that's true, but I would certainly look into it, because I don't want to offend anybody."

"There have been episodes in human history, unfortunately, where these expressions of this strident rhetoric have only led to very ominous situations in the history of humanity," he said. "That's how Mussolini got in, that's how Hitler got in -- they took advantage of a situation, a problem perhaps, which humanity was going through at the time, after an economic crisis."

"It was funny for a little while," he wrote. "But the guy is Hitler. And by that I mean that we are being Germany in the 30s," C.K. said last weekend.