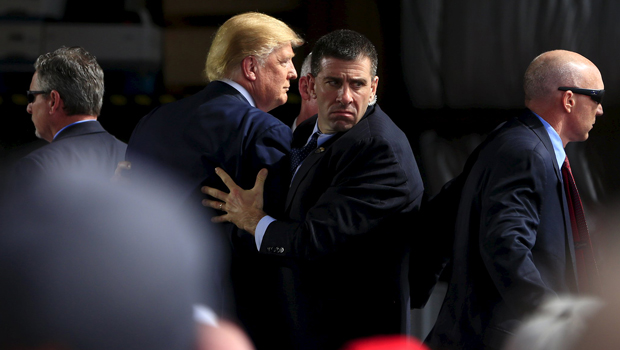 Secret Service agents surrounded Donald Trump while he was speaking during a campaign rally at an Ohio airport Saturday morning.

A man attempted to jump a barrier near the stage where the GOP front-runner was addressing supporters at Dayton International Airport, the Secret Service said in a statement.

Secret Service agents and Dayton police officers took the man into custody and led him away.

Trump spoke about the incident after it was over.

"Thank you for the warning," Trump told the crowd. "I was ready for him, but it's much easier if the cops do it, don't we agree? What a great job."