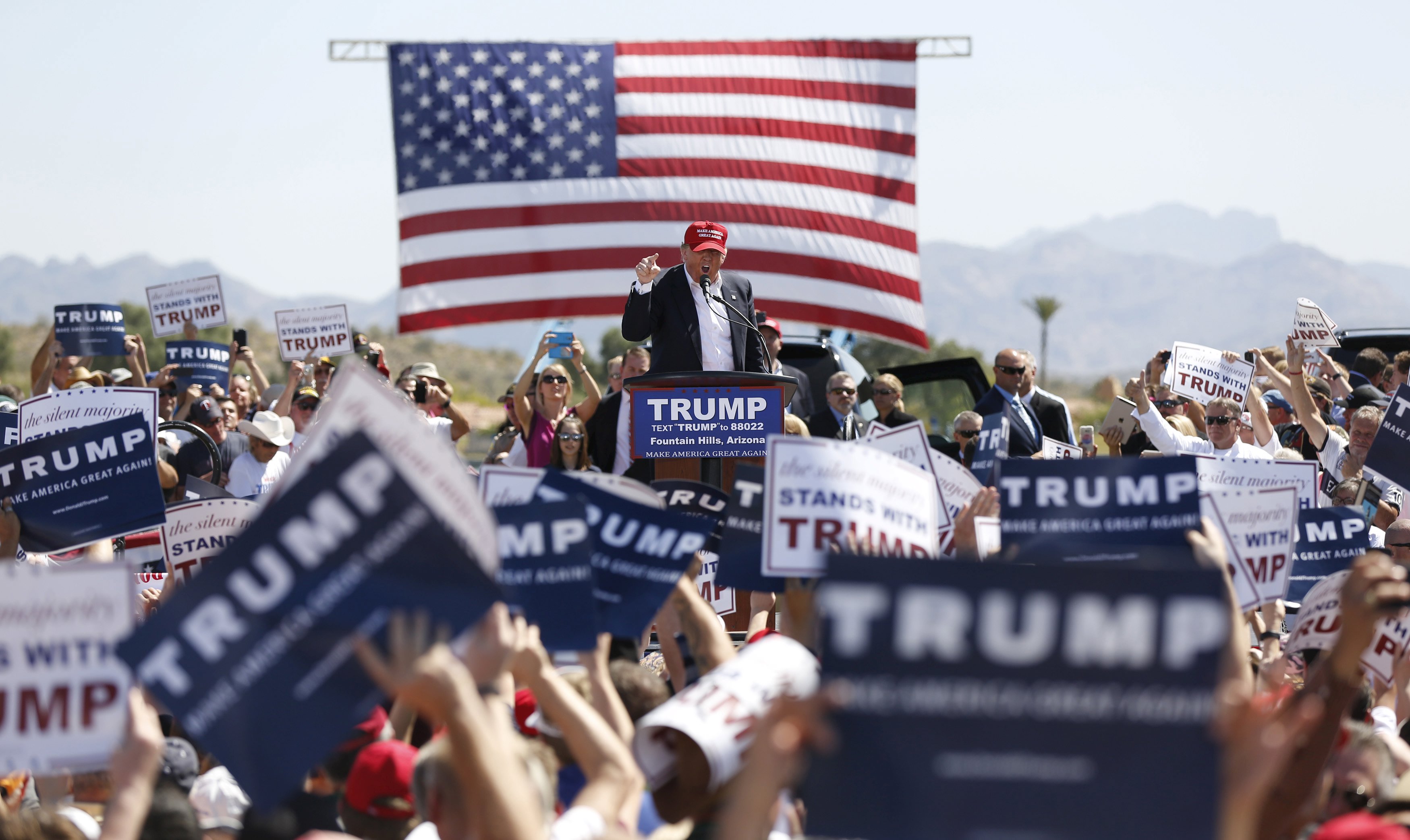 It's not going to be an easy audience for Trump, who has made Jewish leaders wary with some of his past comments -- and has offended some enough that dozens of Jewish rabbis plan to protest his speech.

Of the five remaining candidates in the 2016 race, four of whom are speaking to the Jewish group's annual conference in Washington, Trump is by far the most unpredictable: Texas Sen. Ted Cruz, Ohio Gov. John Kasich and former Secretary of State Hillary Clinton's thoughts on the region are well-documented. (Vermont Sen. Bernie Sanders, the sole Jewish candidate in the race, is not attending.)

Trump, the businessman and front-runner, has made comments throughout his candidacy that have made some Jewish leaders question his commitment to aiding Israel. And his at times offensive remarks about other religious groups, namely his comments about Muslims, have upset some enough to make them protest his speech entirely.

"We are committed to coming together against hate," reads a press release for the group of rabbis. "We are committed to saying that Donald Trump does not speak for us or represent us, and his values are not AIPAC's values. They are not the values of the Jewish community."

Chief among them was his claim during a February town hall event hosted by MSNBC that he'd be a "neutral guy" when it comes to Israel and the Palestinian territories.

"I don't want to get into it for a different reason ... because if I do win, there has to be a certain amount of surprise, unpredictability," he said, after being asked which side was at fault in the conflict. "Let me be sort of a neutral guy, let's see what--I'm going to give it a shot. It would be so great."

The comment immediately drew criticism from the Jewish community, as well as from his more hawkish Republican opponents. In February, the Israeli newspaper Haaretz had an article on the reasons Trump would be "Disaster for U.S. Jews, Israel and the Middle East."

"Just this week, Donald Trump said on a TV program that he would be neutral between Israel and the Palestinians," Cruz said at a campaign event at the time. "As president, I have no intention of being neutral. As president, I will be unapologetically with the nation of Israel."

And when South Carolina Sen. Lindsey Graham explained his support for Cruz, a well-known opponent in the Senate, over Trump, one of the reasons Graham listed on CBS' "Face the Nation Sunday was "he will not sell Israel out."

Trump's comments about neutrality weren't the only ones that have drawn criticism or skepticism from Jewish donors and leaders. Back in December, speaking to wealthy donors of the Republican Jewish Coalition, Trump tried to connect with his audience by calling them "negotiators," which some saw as a less-than-appropriate reference to Jewish stereotypes.

"I'm a negotiator like you folks, we are negotiators," he said at the event. "Is there anybody that doesn't renegotiate deals in this room? This room negotiates them--perhaps more than any other room I've ever spoken in."

Still, Trump has repeatedly referred to himself as a "pro-Israel guy." Monday, then, will be a high-profile chance for Trump to clarify his stance-and the Jewish community will be watching.

"Trump has said a lot of things about Israel over the years, most of it favorable but some of it more ambiguous," Josh Block, a former AIPAC official who now heads The Israel Project, told the Associated Press. "This will be an opportunity to address the ambiguity before a serious foreign policy audience."

The candidate's comments Sunday shed little light on his position's specifics with regards to a potential Israel-Palestine peace agreement. Asked on ABC's "This Week" Sunday whether he stands by that February claim of neutrality, Trump merely responded by saying how "pro-Israel" he is.

"Well, you're going to hear what I'm going to say at the speech and I'll save it for that," he said. "There is nobody more pro-Israel than I am."

He said the Jewish people want a "good deal."

"I think making a deal would be in Israel's interests," he said. "I'll tell you what, I don't know one Jewish person that doesn't want to have a deal, a good deal, a proper deal, but a really good deal. But I would say it's probably one of the toughest deals. Me being a dealmaker, it's probably one of the toughest deals in the world to make, because there's just so many--there's just so many decades of hatred between the two sides."

When asked a follow-up question about whether Israel would need to cede some land in order to get a peace deal both sides were happy with, Trump wouldn't answer. "Now, they want to have a good deal, not an Obama-type deal," he said.