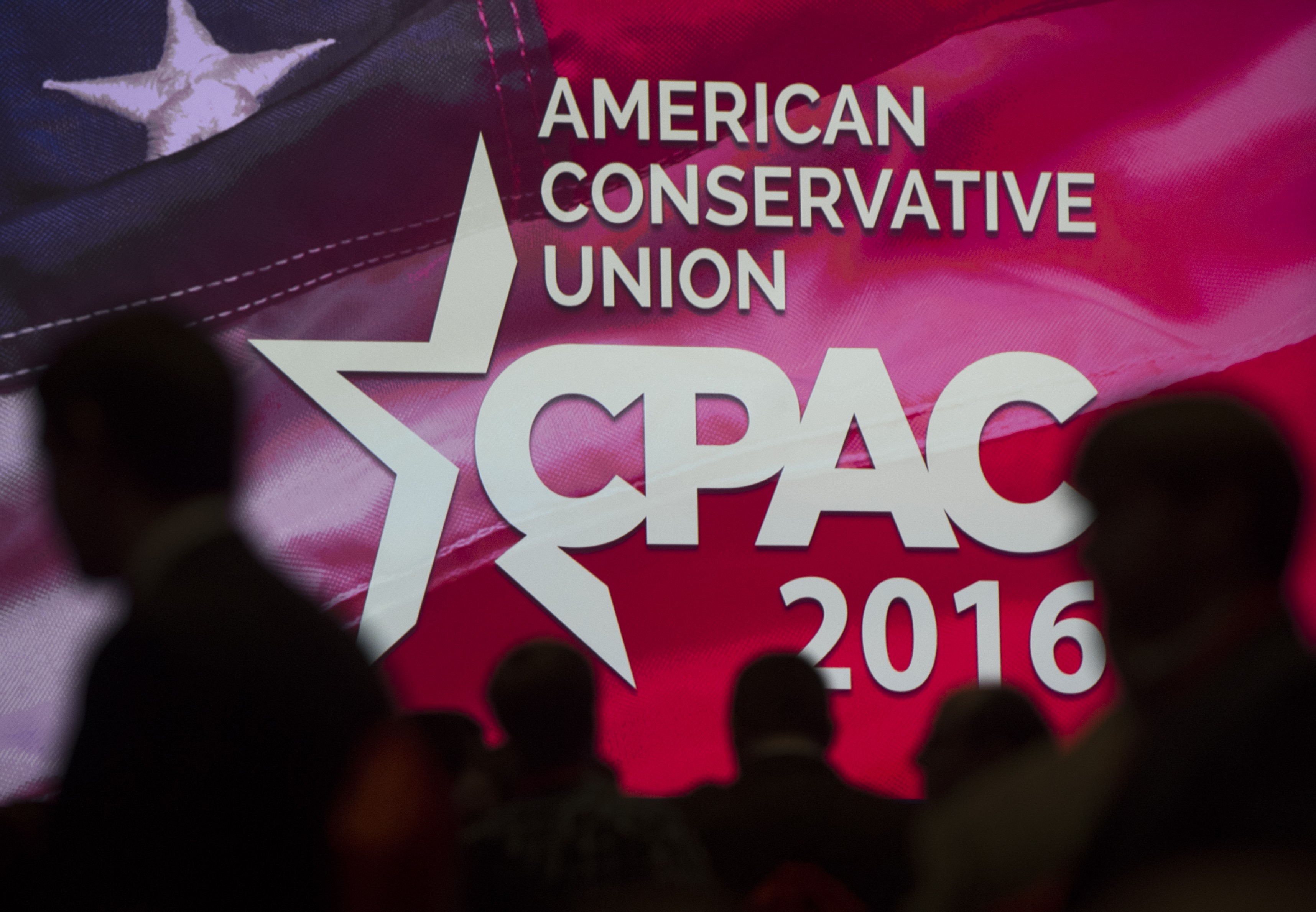 Republican presidential front-runner Donald Trump won't be attending the Conservative Political Action Conference, where he was scheduled to speak on Saturday, citing other obligations at a campaign rally in Wichita, Kansas.

Trump's campaign released a statement shortly after, thanking American Conservative Union president Matt Schlapp and saying he "looks forward to returning to next year, hopefully as President of the United States."

The candidate will "be in Witchita, Kanasas [SIC] for a major rally on Saturday prior to Caucus," the statement read. "He will also be speaking at the Kansas Caucus and then departing for Orlando, Florida and a crowd of approximately 20,000 people or more."

Kansas, where 40 delegates are up for grabs, holds its Republican caucuses Saturday. Florida holds its winner-take-all primary on Mar. 15.

Trump's scheduled appearance at CPAC, the gathering of right-wing activists held in Maryland this year, had drawn criticism from some in the Republican party earlier this week. "Make America Awesome," a super PAC founded by GOP strategist Liz Mair and dedicated to halting the billionaire's campaign momentum, circulated an online petition earlier this month calling for the ACU to rescind its invitation to Trump.

"[W]e believe that CPAC, by allowing Donald Trump to speak, is making a grave mistake that will do huge and lasting reputational damage to you personally, CPAC, the American Conservative Union, the conservative movement, and the Republican Party," the letter read. "In [the] past, CPAC has been unwilling to host "insufficiently conservative" members of the Republican Party who are demonstrably further to the right on an array of policy issues than Donald Trump."

This article has been updated to more accurately reflect the text of the petition.