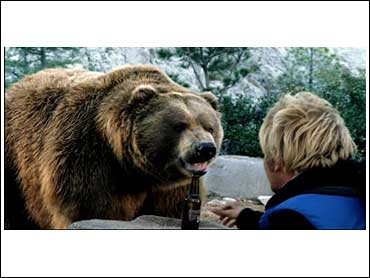 Terrence Moore didn't even get to see San Francisco's opening-round game in the Puerto Rico Shootout. He was a huge factor in the Dons' last one.

Moore, a 6-foot-7, 250-pound junior who had been suspended for a game for violating curfew, scored 17 points on 8-for-8 shooting Saturday as San Francisco beat No. 13 Xavier 82-69 to take fifth place in the eight-team tournament.

His presence inside could have made a difference in the 69-62 loss to No. 10 UCLA two days earlier.

"It hurt real bad. I had to sit in the locker room, didn't even see the game," he said of the loss to UCLA. "I went to get something to eat, got back late and learned a lesson."

"That's our trademark, defense and the press," Moore said.

Gerald Zimmerman scored all but two of his 18 points in the second half for San Francisco, which beat American University of Puerto Rico in its second game of the tournament. But it was Moore who had eight points in the opening three minutes against Xavier as the Dons took the lead for good.

"He's our wide body," San Francisco coach Philip Mathews said. "He's quick and rebounds well. He served his penance, so we decided to go to him early and Terrence responded."

The Musketeers (4-2), who lost to Pittsburgh in the opening round and then beat Colorado, got within 25-21 on a 3-pointer by James Posey with 8:50 left in the first half. That was their last field goal of the half as the Dons closed the half with a 14-2 run for a 39-23 lead. In the closing stretch, the Musketeers missed all eight shots they took and committed five turnovers.

The second half started the same way for Xavier, which didn't make a field goal until Kevin Frey's rebound basket with 15:10 to play made it 45-30.

Our halfcourt offensive execution was horrific, that was the big problem"Xavier coach Skip Prosser said. "Our press, which has been such a staple for us, was ineffective and that gave them their confidence. Give them credit, though, they did play great defense."

San Francisco's biggest lead was 63-40 on a 3-pointer by Zimmerman with 8:11 to play. The Dons only had one field goal the rest of the game, but they went 17-of-21 from the free throw line to keep the Musketeers at bay.

"Our game plan every game is predicated on defense," Mathews said. "We always play defense but we don't always shoot the ball well. Today, we jumped on them pretty good."

Lenny Brown scored 20 points for Xavier, which shot 33 percent from the field, including 7-for-25 from 3-point range. Gary Lumpkin had 13 points and Frey added 12. Posey finished with nine points and 13 rebounds.

Prosser wouldn't second guess his decision to come to the tournament that has teams play three games in as many days.

"We came down here to win and learn," he said. "We didn't win so we better have learned because there are a lot of games left."

One House Republican alone has 177 pages' worth of social media posts attacking the election's integrity.